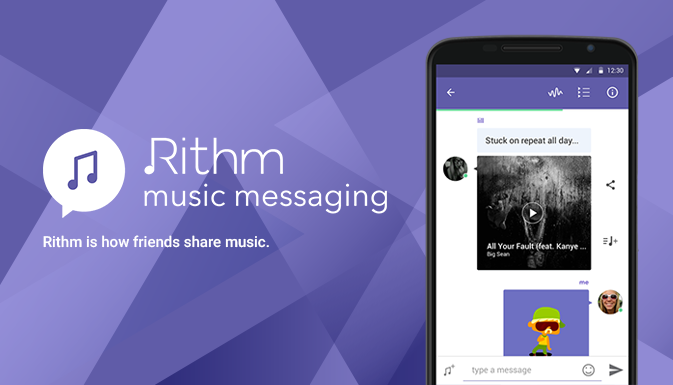 In 2012, MavenSay created a useful service of the same name that quickly allowed users to find feedbacks and recommendations of various places in a city.

Very quickly, the app got so popular that the developers decided not to wait too long before shooting out all other ideas of theirs.

A year later, the company released an app of an entirely different kind: 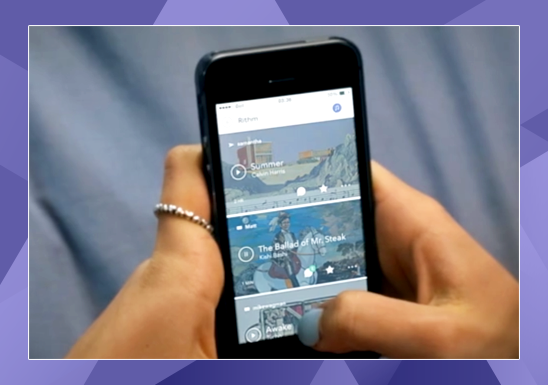 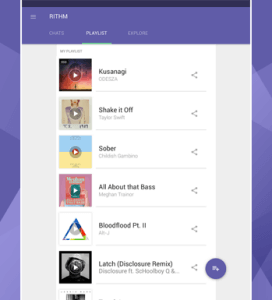 ● The app was made by three developers: Bryan Friedman, Mike Wagman and Jesse Dallal. It was released in 2013.
● The main feature of the service is that it lets you share audio tracks with your recipients. You can also send a track to a person who does not have Rithm installed (his name and phone number just have to be in your phone book): in that case, the audio file will be sent via SMS. You can also share songs to Instagram and Twitter.
● Apart from audio tracks and video clips, users can share text messages, images, song lyrics, location and animated dancing emoji (you have to pay for some of those).
● According to the Google Play Store, the app has been downloaded around 1 M times.
● At registration, you have to indicate the following: your mobile number or e-mail address, username and password.
● You search for other users in Rithm by their usernames.
● The service supports only English.
● It takes up 34 MB of your device’s storage space. 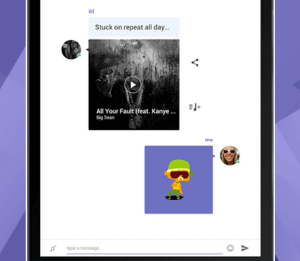 ● Rithm runs on Android (4.1. and higher) and iOS (7.0 and higher).
● Rithm is completely free to download; however, a free version is limited in opportunities. You can enlarge them by buying Rithm Gold membership (first 14 days are free and after that it will cost $3.99 per month).
● The Gold-plan allows you to listen to songs from the beginning to the end (a free plan allows listening only to 30 seconds of a track) and to add songs to your playlist (up to 40 songs per month).
● You will also then be able to change audio files in your playlist up to 60 times per months.

● Thanks to Rithm, the software company became a winner in several events: