Home » All messengers » Other » RITHM – Messaging App for Making Playlists

About two years ago, MavenSay decided to shift focus from its major project – an app of personal recommendations – to a music project. As a result, a music messenger app Rithm was brought to life.

Rithm is a separate app, which allows users to exchange various music messages, including music videos, pictures to do with music, song lyrics, and even animated dancing emoji stickers.

Last week Rithm was updated, which turned it into an easy and handy service of music streaming, and added an option of listening to music tracks for the first time free of charge.

The company spent the last few months negotiating with the largest record companies, including Sony, Universal, and Warner. The outcome allowed users to send entire songs, instead of 30-second pieces. Also, from now on you can save the song, that you receive, on your device and listen to it afterwards, and arrange songs into playlists. 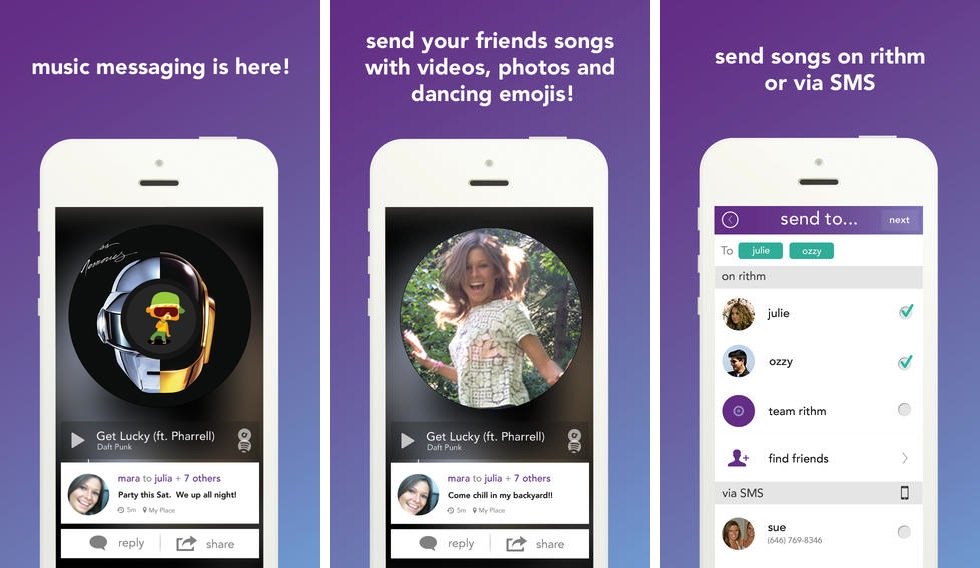 The messenger app is still distributed for free on a permanent basis. Those who wish to access more options, have to pay $3.99 per month: this will enable a user to listen to all the songs from his chat history and each month he will be able to increase his playlist by up to 40 tracks from the messenger song base.

The idea of the project is clear. On one hand, Rithm uses one of the most powerful mechanisms of the music industry – word of mouth advertising; on the other hand, it competes with services like Spotify and offers users a much more user-friendly app.