CAN YOU IMAGINE AN IMAGINARY MANAGER? DRUPE APP IS THE ONE 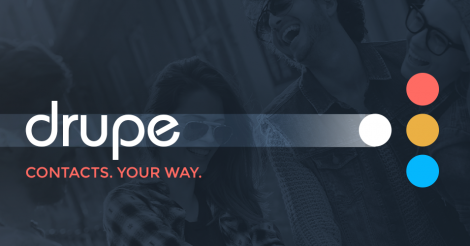 Home » All messengers » Other » CAN YOU IMAGINE AN IMAGINARY MANAGER? DRUPE APP IS THE ONE

Drupe is an Android app, which is available for the 4.1 versions of OS or higher, and allows you to save time and communicate with your contacts on the one screen. The beta version of the messenger app was launched only in November of 2014, but from that time Drupe has won over the critics and was included in the list of suggested best Android Apps of 2015. The other cool thing about this messenger is that it doesn`t want to compete with others on the market. It`s primary goal is to integrate all of them into one application and manage them. For users, it is a personal assistant that gives one interface to rule contacts and the way to stay in touch with them. 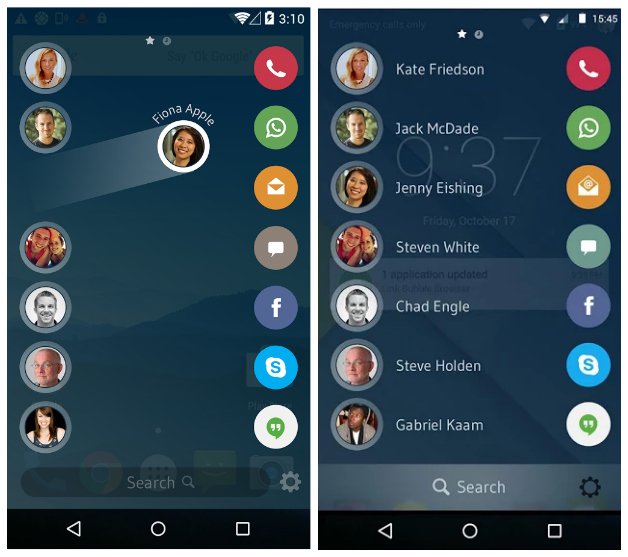 Drupe unites call, SMS, email, calendar, Google Maps, Facebook Messenger, Hangout, Skype, Line, WhatsApp, Voxer, Viber, Waze, Tango, and the developers are still adding messenger and communication applications. Drupe not only takes care of your messengers, but of your contacts too. It lists them according to the frequency of contact with the person. You can pin your favorite contacts manually too, so they will be brought to the top of the list, or organize the order to your liking. The features of adding missing connections, WhatsApp groups, and creating groups are available. For those who have different contact groups, one managing application, as Drupe, saves time and enables the user to reach any person in a couple of swipes.

As to Drupe`s interface, it is very simple and dynamic. The access to Drupe app can be done from any screen, even lock screen, just by swiping dots at the side of your phone screen. If you are using some app, or on the web, and the dots irritate you, simply hold on them and the “hide” icon will appear. You have two rows: one with contacts, another with communication applications. You can pick and swipe any contact to a particular communication app you want to use to reach the contact. 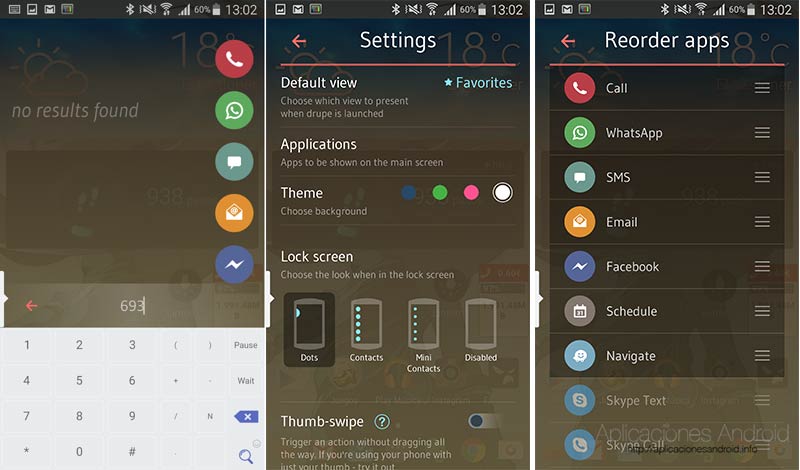 If you want to change the position of dots on the screen, change the background color, rearrange the rows of contacts and apps, simply go to settings and customize the app to suit your needs and fancy. Such flexibility is another advantage of Drupe.

With such great reviews, the messenger should make some interesting market moves in 2015. Up till now, the developers have mentioned only regarding the development of Drupe app for the IOS. Let`s hope we will see it soon, as the application already has the status of Android must have.