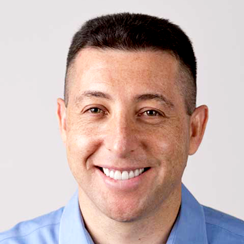 Jean-Philippe Emelie Marcos graduated from ESSEC Business School in 1994, majoring in Finances. For the next two years, he served as a lieutenant in the 6th Paratrooper Regiment of Marines of the French army.

His BA got him into Morgan Stanley’s London office, where he was engaged in the company’s merger and acquisition procedures.

Then Jean-Philippe realized that he needed to get more in-depth knowledge, which is why he went back to school and studied at Harvard Business School, specializing in Commercial Activities.

Alongside this, Marcos became Case Team Leader at Bain & Company, where he consulted tech companies and PJSCs.

Marcos started investing in up-and-coming startups way back in 2006 and has not stopped yet.

Seeing that he possesses the strength to play both fields, Jean-Philippe occupied the COO position at TangoME Inc. in 2010.

Therefore, this man has a total of 18 years of experience under his belt.

Marcos said that he uses Tango to get in touch with his friends and family on an everyday basis.

Jean-Philippe added by saying that his kids are so into the app that when he calls them from a landline phone they ask him why there isn’t any video feed. When they aren’t misbehaving Marcos lets them send text messages with video or images to whomever they like (usually it’s nana or grandpa). On special occasions, Jean-Philippe invites them to play in-app games.