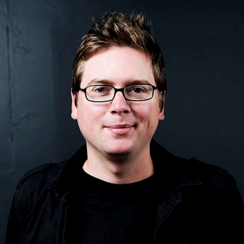 He went to Wellesley High school in Wellesley, Massachusetts. Upon graduating he went to the University of Massachusetts in Boston, later he studied in Northeastern University but he didn’t graduate from either of them.

However, it did not prevent him from receiving a Doctor of Laws degree from Babson College in the end.

In 2006, he created Twitter in pair with Jack Dorsey. It took them just two weeks to develop this popular now service.

In 2012, he created a blog-publishing platform Medium along with Evan Williams.

In 2013, Stone founded Jelly Industries, Inc, where he is the CEO. This company later developed the Super messaging app.

Stone was involved in launching such web resources as Blogger, The Obvious Corporation, Odeo, Xanga. He is a frequent participator of charity events.

In one of his interviews, Biz mentioned that he wanted to build systems that would help people together work on making this world a better place to live.

Stone is an angel investor and advisor for several startups.

A few years ago, he tried his hand at directing a film.

This person is the holder of numerous awards, among which there are Entrepreneur of the Decade, Nerd of the Year, Top Ten Most Influential People of the Information Age.

Biz Stone is a vegan. He lives in Berkley, California.

Super is a free messaging app made in the US. It is a hybrid of Instagram and Twitter.

The app offers users a nonstandard approach to expressing their thoughts.

All messages in this IM service are made in the form of bright and exciting posts that include a starter (the first highlighted word in the message), caption and a bright image. You can add emoji and hashtags.

In reality, it works as follows: a user chooses a starter that he wants to add his thoughts to.

After that, he selects an image for the background of the message and publishes the finished post (it will be visible for his friends or all users).

Users can mark other people in their posts and they can Like the posts of other users. So far, the app runs only on iOS and Android smartphones.