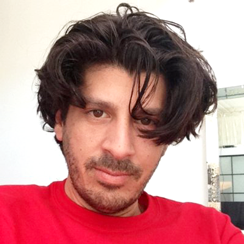 Co-founder and CEO at @Hop

He was educated at Tel-Aviv University Technical College where he majored in Electronics and Computer Science.

At the age of 19, he joined an Israeli Intelligence Crops, known as Unit 8200.

Five years after that he founded the Israeli web portal Walla! (one of the largest Internet portals in Israel). In 2001, it merged with IOL to form a great Internet company. Erez took a leadership position in it.

In 2008, Pilosof got inspired to create a free platform for exchanging media files and founded LIBOX.

From 2013 until now, Erez Pilosof has been working as CEO at @Hop, the company that he had founded together with Guy Gamzu. This company created Hop, an app that makes e-mail correspondence look like a chat. It also developed the Quickie messenger.

Quickie is a free messaging app for iPhones and Android smartphones, released in 2015.

The main feature of the app is an opportunity to make short video calls. Before calling another user, you have to set the length of the call (not longer than 60 seconds). After one user starts calling, the other will get a sound notification. Then the latter will be free to either answer the call or ignore it. If the user takes the call, he will then see a window with a timer that will be counting down seconds until the call ends.

The only goal of this limitation is make people discuss truly important issues, without wasting their time or words.

Thus, the developers believe that entrepreneurs, who value their time, will definitely their product.

The IM service allows sending text and voice messages, which will self-destruct immediately when read or removed automatically 24 hours later – in case the recipient did not read them.