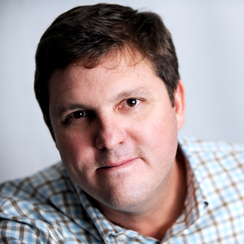 Jonathan Christensen is an expert with twenty years of experience in the field of setting up new businesses in startups and making new products.

Jonathan graduated University of California, Santa Barbara in 1990, where he got a Bachelor’s degree, majoring in Law and Society.

Two years later, he went to University of Manoa in Hawaii to obtain MBA.

This person’s career began in 1996. Back then, he got a job with Time Warner where he played the key part in bringing earlier consumer broadband services to the market.

Two years later Jonathan went to work for Microsoft. Having worked there for five years as a group program manager, he realized that he was capable of taking executive positions.

From 2003 until 2012, Christensen held leadership positions in FaceTime, Camino Networks Inc (bought by Skype in 2006) and Skype.

In 2012, Jonathan Christensen along with two colleagues founded Wire Swiss GmbH (simply known as Wire) where he is currently the CEO.

According to the entrepreneur, his passion is IP communications, so he was just happy to develop an app that let two people in different parts of the world get in touch with no problem at all.

Wire is a messaging app that supports voice calls, group chats and has high level of security.

The main features of Wire are a minimalistic and fashionable design and high quality voice calls.

At the moment, the application does not support video calls; however one of the future steps the developers plan to take is to implement this feature.

In Wire, the contact list is made automatically on the basis of phone numbers from the smartphone’s phonebook. In the future, the app will arrange contacts depending on the number of chats conducted with each user.

The IM app does not show in-built ads. However, the developers plan to start monetizing Wire soon, using paid options as a revenue source.