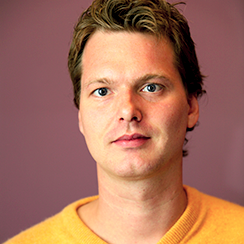 Janus Friis is a good example of a dreamer, who has no limits. This Danish guy who has never set his foot on a university campus is on the list of the 100 Most Influential People in the World, according to the Time Magazine (2006). He is a winner of the Danish IT-prisen award for his work and innovations made in the IT sphere. He has also won a Wharton Infosys for changing through new technologies the way the society behaves. However, Friis himself believes that his major virtue is the development of nontraditional technologies.

As all reckless celebrities, Janus has always done only things that matched his interests. For this reason, he gave up traditional systematic education before he even could get a high school diploma. Janus put all his efforts into teaching himself through the Internet. The official Skype blog says that in the pair with Zennstrom, Janus was the one who inspired projects.

Having worked with Zennstrom on everyday.com, get2net, Joltid, Joost, Kazaa, Altnet and already after Skype had been sold, Janus Friis decided to work on his own projects.

In 2010, he founded Rdio – an online music service that allows users to search, listen and download new music releases. The service works on the subscription principle. A while afterwards, Friis decided to compete with Netflix and founded Vdio, a project similar to Rdio. It allows downloading videos and watching them. However, a few months after shooting, Vdio stopped working, since it did not live up to the founders’ expectations.

Apparently, Friis is a great music addict, since he decided to take the idea of his failed projects even further. In 2014, the Aether Things project started off. This company produced Cone, that’s a thinking wireless music player that makes up playlists in accordance with the listener’s wishes. Its unique feature is that it always memorizes the music tastes of its owner.

And that’s not all yet. Janus Friis is also an investor of the Wire messaging app. In his numerous interviews, Friis said that Wire would replace the ‘outdated’ Skype. It should be noticed that Wire immediately gave its users an option of sharing music from SoundCloud and just recently the same thing was done with music on Spotify.

In his free time Friis plays billiards, does skydiving, martial arts. In wintertime, he swims in icy water to get stronger.

Friis and Zennstrom’s acquaintance was entirely for business purposes: Zennstrom made Friis the head of technical support in Tele2.

According to one of the versions, Janus Friis wrote the source code for Skype, and later it was finished by Estonian developers. If we analyze the mass media, we will see that Zennstrom is more often mentioned in the documents as the contractor than Friis. We can also suppose that Janus preferred to work in the office with the Skype team.

Once Skype was sold to eBay, Friis kept his stake at Skype through Silver Lake Partners. In 2011, the deal of selling Skype to Microsoft gave Friis and Niklas Zennstrom a billion dollars.