Professional social network LinkedIn announced new design to its desktop computer version at a press event in San Francisco. The long-awaited redesign follows a similar facelift of its mobile apps, which the company introduced about nine months ago. The updated design covers the main feed, new messaging options and a chat bot, which all points to the company’s trying to keep up with the quickly developing consumer apps.

“At LinkedIn, it always starts with our mission – to connect professionals to make them more productive and successful,” LinkedIn CEO Jeff Weiner said at the event. 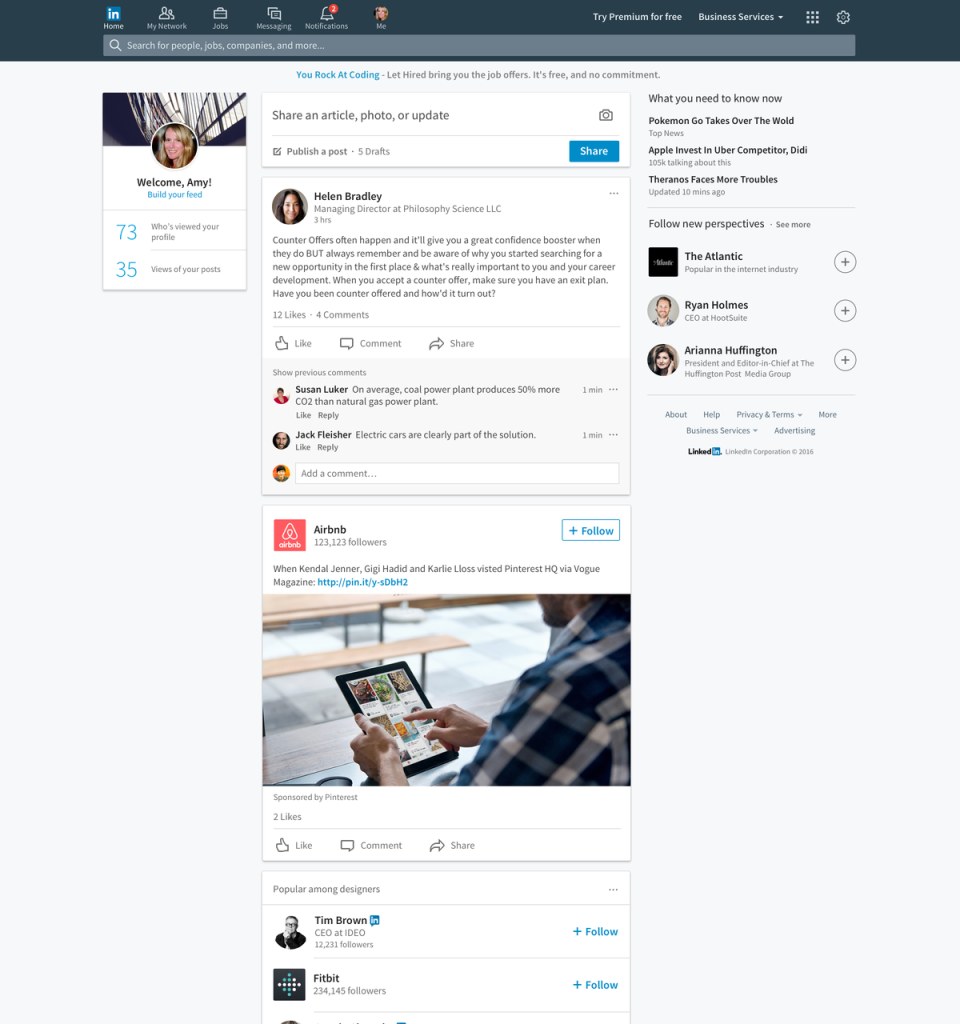 The company promised that the feed will be cleaner and containing more relevant information and the site will be easier to navigate and have better search. The messaging feature will resemble a bit popular social network’s chat functions. Like in Facebook, the users will be able to choose from the contacts, some of which are now shown in the low right corner, tap on a contact and the message box will open that feels more like an ordinary chat. In addition, LinkedIn is introducing a chat box.

LinkedIn also announced plans to introduce messaging bots. At first, the bots will be able to help people schedule meetings. Also, Microsoft, which acquired LinkedIn this summer, will most likely be involved in building bots. “This is an area where we are going to be able to do some really interesting things with Microsoft,” said Weiner.

Finally, the company introduced LinkedIn Learning, an educational product to help users improve their knowledge or acquire new skills online. It is currently available to the social network’s premium and enterprise users and combines LinkedIn’s features with Lynda.com’s educational videos.

The new desktop version of LinkedIn will roll out this year, although the company did not specify when exactly.