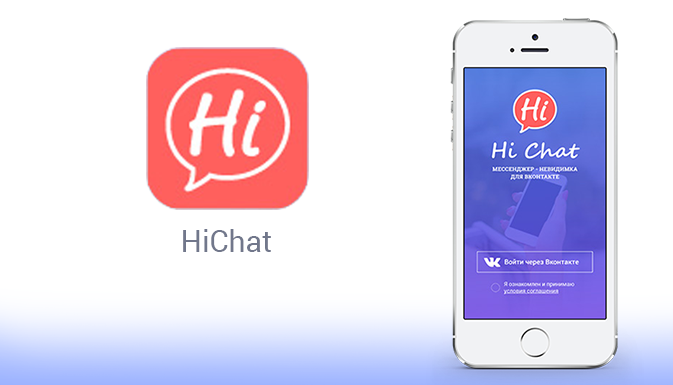 The top-management of the Russian social network VK.com has many times announced its intentions to offer its users a separate messaging app. Besides, the developers claimed to be making their own crypto protocol. Some people were looking forward to the promised messaging app, some made sarcastic comments that VK developers were unable to come up with anything original and just followed the steps of their overseas competitor, Facebook.

Finally, VK has presented a multifunctional messenger for communicating in VK. It should be noticed that the release was surprisingly quiet and thus caused a lot of misunderstanding. Users never found out whether it was the app promised them so many months ago or an entirely different product. Now, a few words about the messaging app itself. 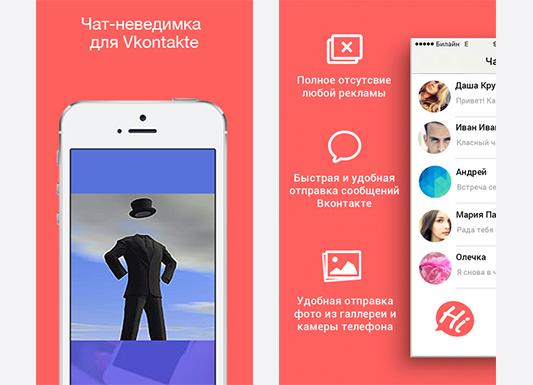 The messenger is called HiChat and the title itself is already making two problems at the very least. One of them is lack of originality due to the name similar to HipChat messenger which is already quite popular. The second one is that the new app so far only runs on iOS. Those Android users who are not aware of this detail will most certainly be surprised when making their online search – Google Play offers a Facebook product with a name that is completely the same.

HiChat guarantees a total absence of ads, a convenient way to send text messages and share photos, and the opportunity to follow external links. Users will also be able to read messages sent from VK and change the background image in the chat window. However, the creators mostly pride themselves on the invisible mode that allows users to experience the app with an offline status. If both chatting parties have this app installed, they may use the “super invisible” feature, thanks to which no photos or message history will be saved in VK.

Hopefully, the way the messaging app will develop further will be better than the way it begun and VK’s HiChat will manage to satisfy its users and give the developers something to benefit from.