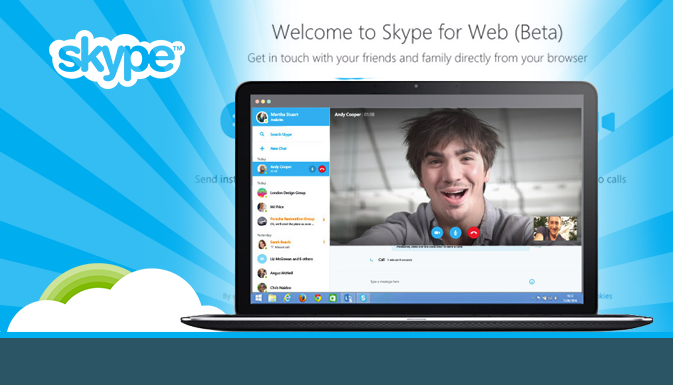 Skype’s browser-based version is now available for beta testing to all users who reside in the US/UK. The new beta version supports the instant messaging service along with A/V calls. Just to remind our readers that since the end of last year, only users with ‘invites’ could access the Skype web-based version. From the official blog post, it is clear that the project team finds the browser-based version very important. This is preventing the developers from rushing to make a fully-fledged release; they keep checking and double-checking every single thing.

The Skype browser beta version runs on Safari, Internet Explorer, Firefox, and Chrome. It doesn’t run on Chromebooks so far, though. A/V calling is available on the aforementioned web browsers, and on PCs run by OS X and Windows. A user just needs to install a plug-in for a certain browser to enable the web-based version of the popular IM app. 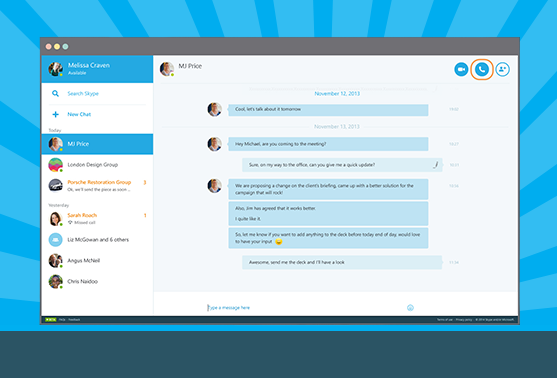 The web version is slightly different from the PC one when it comes to functions: the contact list is not divided to “Contacts” and “Recent”.

The web-based version has its own certain advantages over the PC one: if you are using Skype on somebody else’s computer and for some reason you do not feel like installing Skype, you will anyway have a fully-fledged web-based Skype in any part of the world where you happen to be at the moment.

It is slightly disappointing, though, that the new version does not run on OS Chrome; however, we are positive that things will change soon. Besides, the developers promise to enlarge the list of the countries for testing the app’s new version within next few weeks. 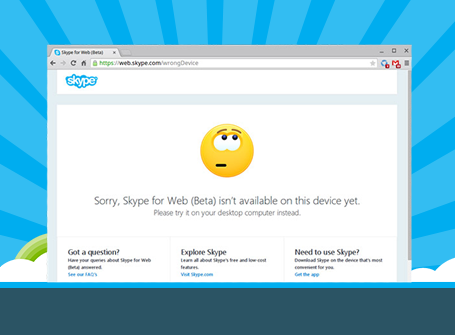 In order to install Skype plug-in to your browser, just go the Skype official website Skype.com.

The only question to be answered so far is how Skype, which is quite demanding when it comes to using system resources, will ‘behave’ when combined with, say, Chrome browser.