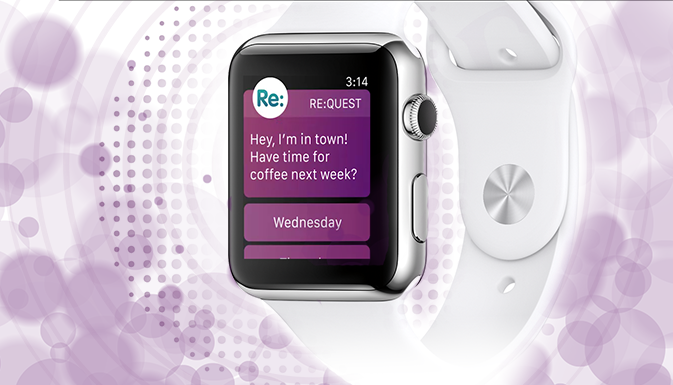 Have you ever had to have a long correspondence in a messaging app in order just to answer some simple and unimportant question? Most probably, this is the problem everyone faces from time to time. However, a new app for iPhone and Apple Watch called Re:quest is here to easily solve this problem. 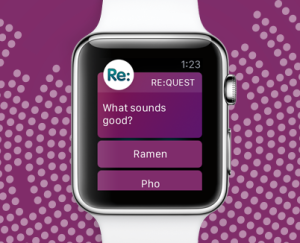 Re:quest eliminates pointless and time consuming conversations which are so inconvenient to have on Apple Watch. You will no longer have to dictate your answer or tap it in your iPhone. It is just enough to choose a suitable option of a response that your chat partner sends along with the question.

For example, you ask “What shall we have for dinner?” and send him/her a short list of dishes to choose from. Or you have decided to ask your better half when he/she is coming home tonight and accompany your question with the following answers: “in an hour”, “by dinner time”, “coming late”, etc.

Re:quest works perfectly as a mobile messenger on the basis of iPhone. A simple-to-use interface includes a small box where you can quickly type answers to the questions and read the answers sent in by the recipient. You can also respond to friend requests in it.

A short while before Re:quest appeared, Apple Watch had also introduced a fast way to reply to text messages using “smart” answers (e.g., you can choose from the options “yes”, “can’t talk now”, “not sure”, “let’s talk later”, etc). However, Re:quest is much faster and allows giving more exact answers. Re:quest is entirely self-sufficient.

When adding friends to your list, Re:quest does not scan your phone book. That is why, to add a friend to your contact list, you can send him/her a link to download the app in a text message or send him an ID, given to him/her by the app. 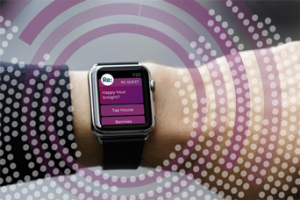 The idea to create Re:quest belongs to the MartianCraft studio, which consults such companies as Rhapsody, the Obama campaign, News Corp, NASA, etc, and creates other apps.

According to the managing partner of the studio, the idea of making Re:quest came out of a simple wish to tap an answer without having to take the iPhone out of your pocket.

The app is built on the Apple CloudKit base, which provides almost free backend for the app. This brings the operational expenses for the app almost down to naught.

Eager to make as many users as possible happy, the creators have opened free access to the app on the App Store, where everyone can download it.