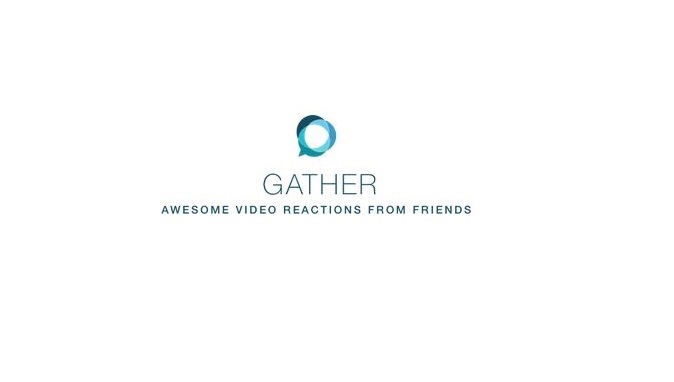 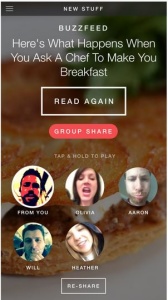 The new app of “group video responding” called Gather has come out with an ambitious hope not only to entertain users. The app on iOS allows users to place links to web pages and then see how people connected to the app respond.

However, Aaron Zinman and Greg Elliot think that those are not quite enough. They reckon that even emojis are not enough to eliminate communication lacunas, since when a user sends his friend a poop, heart or combo panda emoji, he or she runs the risk of being misunderstood.

Gather makes friends’ reactions more context-specific – something that other video apps do not offer, according to Zinman.

Gather is not the only reactions app in the world. There is also Samba, which does the same job pretty well. This app is about recording a video message for a friend and receiving a video reply to it. 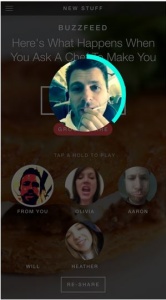 Gather also lets you share a video with a group or an individual; however, it is different from Samba in the opportunity of sharing links to articles and exchange responses to that. Looks like a mixture of Snapstories and Samba.

Zinman and Elliot met as undergraduates at University of California, San Diego. They decided to combine their talents to make a startup. According to Zinman, the idea with video responses was not the first one to occur; they first threw away a few less good options.

There are doubts about whether the idea will survive, though – in the market now there are already plenty of apps that offer video replies and two students from the Ivy League may find it hard to squeeze themselves in. Zinman is not worried a bit, he’s full of enthusiasm and wants to change the rules on the fundamental level.

“This is becoming mainstream”, he said, enumerating messengers-forerunners, like FaceTime and Kik. However, he believes that they all lacked something significant. 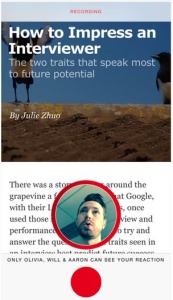 He believes that the way video texting is implemented now is fundamentally wrong, since it has no context. Zinman reckons that it is awkward and weird and that if people send each other something relevant to their lives, they would gladly respond to that.

Investors are standing by them not so much because of the idea but because they believe in the team behind it. The two founders of the app seem pretty smart, in case they fail they will not waste investments on rubbish.

According to Ann Miura-Ko from Floodgate, she invested only for the sake of the project’s team. Even though she finds it hard to predict what will happen of the project at such an early stage, she certainly believes that the team of designers and developers are extraordinary talented.