Is UK Against Security? 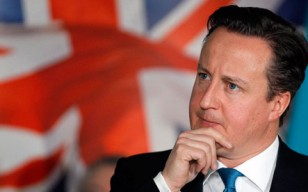 Home » News » Is UK Against Security?

In case of his reelection, UK Prime Minister David Cameron promises to consider the issue of banning encrypted end-to-end messengers like WhatsApp, iMessage, Snapchat, Russian Telegram, etc, if these services refuse to make customer data accessible for British special services. The law is to be implemented in 2016.
Giving his arguments, Cameron mentioned the recent acts of terrorism in Paris and said that terrorists communicate freely without the fear of being caught using this sort of messengers. Just think of this paradox: the current prime minister is trying to ban secure encrypted messengers for the sake of people’s security. Taking into account the controversy of such a “solution” to the problem, David Cameron pointed out that the government bodies would still have to obtain a special order for data analysis, which is not so easy to get. A small consolation, to be honest.
Most Internet users also responded negatively to this, rebuking the so far acting prime minister in being a hypocrite. In their comments, users rubbed it in Cameron’s face that the US government is currently considering a revolutionary Digital Bill of Rights proposed by president Obama himself.

David Cameron wants to ban snapchat? Because taking selfies w/ some text is definitely one of the most sophisticated ways to plan terrorism

What's in @David_Cameron's British Bill of Rights? A right to be surveilled? http://t.co/OdQGsk7Qdf

Let me tweet that again. David Cameron, who marched yesterday for freedom, wants to ban any messaging service with end-to-end encryption.