Line is WhatsApp Rival That Earns Millions on Stickers 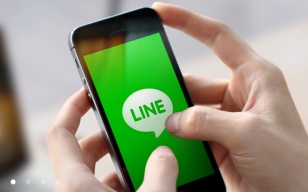 The giant social network you`re bound to hear about

We met a Line rep, the fast growing Asian messenger app, in a modest room in Barcelona, where the annual MWC exhibition recently took place. The company looked totally unambitious to me.

Line is an offspring of the Internet giant Naver in South Korea. However, Line has been vital for the company lately and it is also its major source of revenue.

Even though Line has “just” 181,000,000 monthly active users (MAU), the head of the EU office is positive that Line will finally catch up with the Chinese messaging app WeChat (488 mln MAU) and American WhatsApp (approximately 700 mln MAU).

[gap height=”5″]From the conversation with SunnyEun Kim, we found out about Line using Spain as a shooting ground for “conquering” the European market share. With 30,000,000 MAU in Europe, Spain possesses a handsome piece of about 18,000,000. The messaging service in question yet plans to make large profits in Germany and the UK.

Kim believes that these two countries haven’t made their choice yet and are open for “conquering”.

[gap height=”5″]The way ARPUs (Average Revenue Per User) differ is even more astonishing. On each of its users Line made $3.56 per year, and that is a great outcome to compare with $0.02 APRU of WhatsApp.

[gap height=”5″]Consequently, and it’s hardly a surprise for anyone, Naver is rumoured to be making preparations for an IPO for Line after its international audience has increased. After Naver has solved its trouble with monetization, it can now put the focus on enlarging its client base.

The massaging app draws over 50% of its revenue from branded games like Line Raiders, and almost one third of the revenue comes from stickers. As for the rest of the revenue, the app earns it by conducting B2B activities.

Line possesses over a hundred different games connected to its platform, although other consumer-driven services, such as Line Pay or Line Taxi (the Asian version of Uber), have also been launched on the platform.

Stickers have become so popular and profitable that it has made them an independent and powerful monetization and consumer-attracting tool. Besides, Line has created itself quite a large niche by letting users make their own stickers, and buy and sell them – and all of those are very easy to do.

The B2B business Line conducts is focused on creating accounts for brands. E.g., Manchester and Chelsea clubs have already got their official accounts on the platform. However, other businesses will need to pay for the new benefits of a  B2B API.

According to SunnyEun Kim, Line mostly seeks to do business on the SMB market and with the owners of small companies.

With such a good monetization strategy, it is clear why Kim is not even worried about Line’s giant competitors. Indeed, WhatsApp is larger and is “cooler” largely thanks to Facebook but it implements a “subscription model” forcing users to make annual payments for the right to access it.

According to her, Line will never implement subscription, nor will it take to pop-up ads.

What is to become of Line in the near future?

The app is already testing a free call service, the one similar to what Skype implemented long ago. Like with Skype, low-fee calls to landline phones in any part of the world will be available. So far, the tests are being conducted in Spain, and in Asia, the service is already available to users.

One more potential revenue source is Line Connect – it connects clients with businesses through their official Line accounts.

Apparently (according to Kim) Line Chat will be released for PC as an old-school app rather than be made as a plug-in for the browser.

Kim is certain that this is all part of a larger plan, whose target is delivering plenty of services, which will include entertainment, media and radio. The goal of this plan is not making technical innovations but providing a better user experience.