MESSENGERS: BEHIND THE SCENES 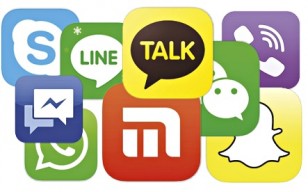 Home » Blog » MESSENGERS: BEHIND THE SCENES

The absolute majority of messengers are free of charge. While many people wonder “how do they make money?” messengers are locked in investment battles backstage. WhatsApp’s $19 billion acquisition has set the record straight. Messengers are worth a lot. An entire fortune.

Six hundred million active users — every 12th person on the planet uses WhatsApp. To jog your memory, WhatsApp was created only six years ago. Its only source of income is a one-time $0.99 iOS subscription and an annual subscription to Android for $0.99.

And now, attention: in exchange for these investments Sequoia will get, according to rough estimates, 10-20% of company shares. This is followed by Facebook purchasing WhatsApp and, consequently, Sequoia making around $3 billion from the deal.

A curious fact — thanks to this deal Sequoia has returned 50 times the amount of resources they initially invested.

Was it disbelief in Viber’s success or the founders’ desire not to give away slices of their purple cake (referring to the logo), but Viber’s sole investment totaled to $30 million.

In 2014 Viber was bought by Japanese company Rakuten for 900 million. The amount isn’t as impressive as in the case of WhatsApp, but because of the altered monetization scheme, this figure will grow 5 to 10 times in the coming years. There are already public chats, toll calls to landlines and mobile phones, as well as a sticker store – this is how the company makes its dollar.

A curious fact is that Viber is a perfect example of a “family business”. Having sold 56% of their shares, the three brothers – Benny, Gilad and Ofer Shabtai – made $500 million.

The most profitable messenger. It’s amazing, if you consider that there are “only” 170 million active users per month.

It’s all about monetization. The Japanese messenger found the best way of earning money. Here are the three components:

This earned the company $192 million in the last quarter of 2014. Unfortunately, LINE does not publish its annual income statistics, however, this conclusion can be drawn independently.

An interesting fact is that LINE is valued at $15 billion — only 4 billion less than WhatsApp’s cost.

This messenger is attracting the most investments: 11 investors, 6 rounds — $648 million of attracted funds.

“The first say NO” rule really worked — having declined Facebook’s $3 billion offer, the company is worth $10 billion one year later.

Despite the impressive figures (100 million active users per month), Snapchat still doesn’t have an understandable monetization model. This is usually the reason why 3 out of every 4 startups fail.

A curious fact — Imran Khan, who led Alibaba’s IPO, is now working for Snapchat. To remind you, this was the most expensive IPO in history.

A messenger with a 95% penetration rate in South Korea. Sure, it’s no giant like the rest, but take a look at these numbers:

There have been three rounds of investment in KakaoTalk:

The monetization model is similar to LINE — 70% of income is brought by the fees charged for proprietary features of freemium games, 20% — advertising, applying Facebook’s scheme instead of typical banners: the company creates a profile account and shares news with potential clients, who pay for this opportunity. The other 10% is provided by the stickers.

The messenger‘s estimated value is $2.2 billion.

An interesting fact is that despite a 95% penetration rate of the Korean market, the investors aren’t Korean.

WhatsApp — the most expensive messenger and the most successful deal for Sequoia.

Viber — an excellent example of a “family-run business”

LINE — demonstrates how you can make a profit with a small amount of users. A record amount of stickers on offer.

Snapchat — knows how to say “no”, how to grow in value and not make any income.

KakaoTalk — surprising growth and penetration rate in a single country.