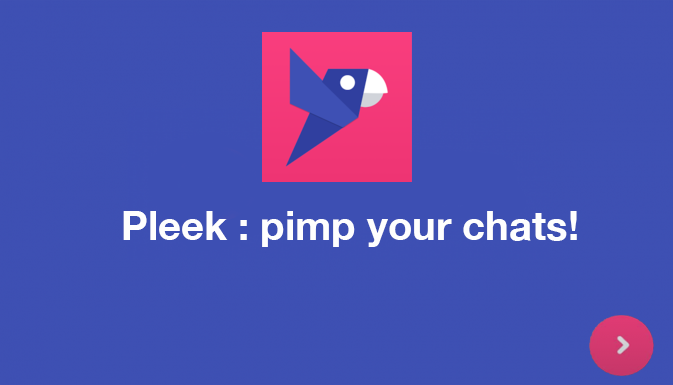 Sometimes, words are redundant. How would you describe the excitement you feel after getting good news? How do you put into words all the beauty of an autumn forest? How can text reflect the entire depth of an opinion? Sometimes, all you need is just one emotion, one photograph, one short video. The main idea behind Pleek is that a picture is worth a thousand words. As you might have guessed by now, the main feature of this messaging app is to get users to use pictures and videos to communicate. 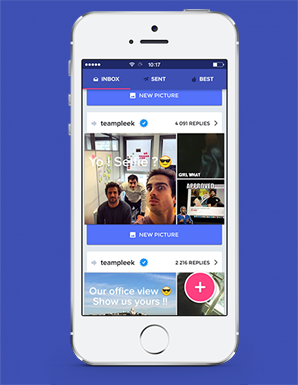 • The messenger was designed and developed by Piki Chat
• Available on Android and iOS devices
• Number of Google Play downloads: 10-50k
• You have to be older than 12 to use the app
• Use images and short videos to communicate with your Pleek buddies
• The app offers a wide variety of stickers and fonts
• Group chat support
• Transfer your images to other platforms (Facebook, Instagram, Twitter) by tapping the corresponding icon
• Record 8-second videos
• Subscribe to other users to keep track of their posts
• Pleek is a wall of bright, expressive images instead of the same old corny text comments

• The app is popular among such celebrities as singer Nicki Minaj, soccer player Karim Benzema and one of the world’s top Viners, Jerome Jarre. 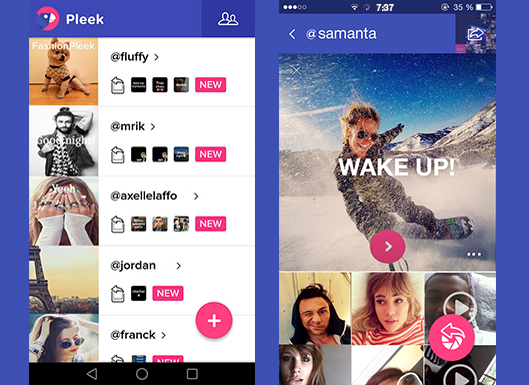