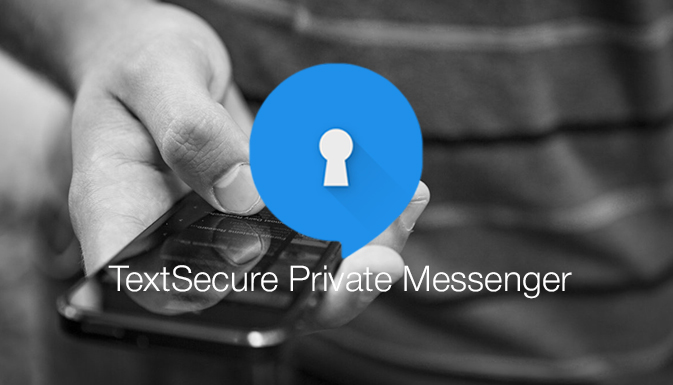 These days we are watching a real boom, taking place in the IM market. Lots of new secure IM services emerge, doing their best to make users believe that their correspondence is totally confidential. And that no one but themselves will be able to read it.

In this review, we are going to discuss such an application; it is meant to become not only an alternative for most messaging apps but also to replace the huge SMS sphere. Today we will be talking about TextSecure app. 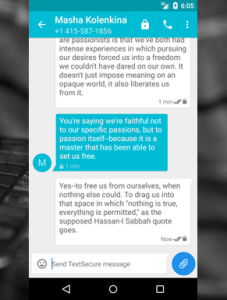 ●The app was released in May 2010 by Whisper Systems company based in the US.
●The strong side of the messenger is its exceptional security. Before sending, all messages are encrypted (the company’s own end-to-end encryption protocol) and are stored in the same way on a local device (not on the developers’ servers). No ill-wishers will be able to read them even should they lay hands on a user’s smartphone. Besides, this app can make an authentication of a user by comparing imprints of keys on a device.
●Messages are deleted from the phone, once the correspondence reaches certain length.
●The app does not allow making screenshots.
●TextSecure technology allows sending encrypted messages, audio/video files, photos, smileys, sharing contacts with other users of the service. A user can also send (even to those who do not have TextSecure installed) regular SMS/MMS to his recipients. Although in this case, no encryption will be made. 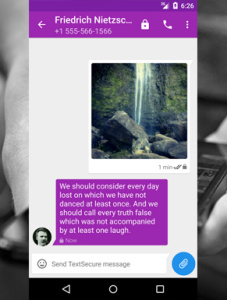 ●TextSecure is an app with an open source code. Therefore, if anyone doubts its reliability, they can check the whole code for themselves.
●TextSecure is compatible with another app made by Open Whisper Systems called Signal. It works on iOS. Thus, you can use TextSecure to send messages to Signal users.
●According to Google Play, the app has been downloaded over 1 million times.
●The app supports 36 languages.
●TextSecure allows making group chats, correspondence in which is also reliably encrypted. 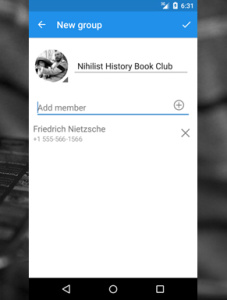 ●The app takes up 11 MB of your device’s storage space.
●It runs only on Android OS.
●TextSecure can be downloaded for free.

●In March 2014, Edward Snowden praised the TextSecure app at SXSW for being secure and simple.
●In November 2014, Electronic Frontier Foundation put the app to the top of the Secure Communication App list.
●In 2011, Whisper Systems was purchased by Twitter and rebranded as Open Whisper Systems. 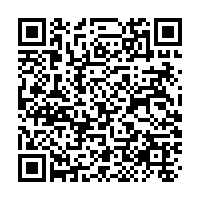