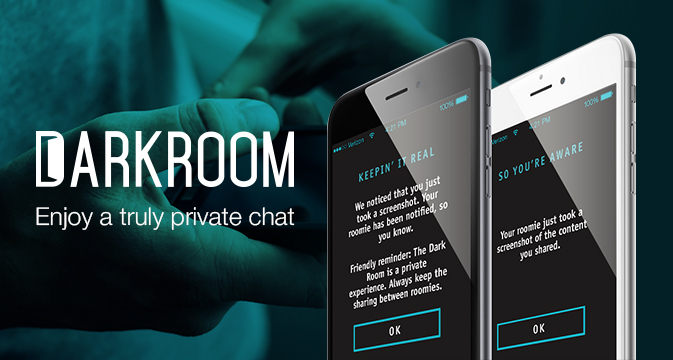 “Private chats are gone forever at just one tap of a button” – the developers chose this slogan for their new product – the Darkroom messenger.
The difference between it and similar apps is that all messages in the chat will be saved until you exit the chat room and tap “Leave”. This allows two parties enjoy their conversation and then rest assured that it would never be read by anyone else. 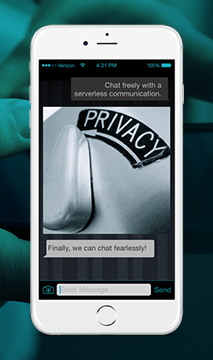 ●  The app was developed by Darkroom Communications, Inc, based in San Francisco.
●  Roman Weishaupl is considered to be the app’s founder, at the moment holds the CPO position in it.
●  The app was released in 2015.
●  The software supports only English language.
●  You search for users in Darkroom only by their nickname. Initially, the app requires a user to enter his phone number to confirm his identity.
●  Only two people can communicate. No group chat support.
●  You can send text messages and photos through the app.
●  The app can be downloaded for free.
●  The main feature of Darkroom is that the correspondence between two people is stored until they decide to quit the chat. All the data will be wiped after that. Before it disappears, it is stored not on servers but in cache of the user’s mobile device. The cache (its part connected to the app) gets cleared up once the user taps “Leave”. 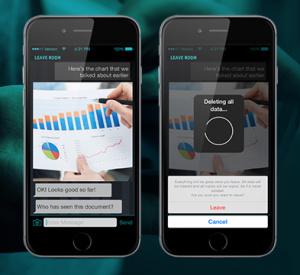 ●  Since app engineers don’t have any information on its users, communication between two parties goes through the “News & Info” indicator that lights up when an important message appears on the respective app’s official blog or social network account.
● Darkroom doesn’t offer any stickers or smileys.
● No video communication support.
● Darkroom is encrypted with a powerful AES 256 bit end-to-end encryption, so we can be sure that everything is very secure.
● The app takes up 16 MB of your phone storage space.
● The app obviously has a dark design, hence contributing to the overall confidential feel to communication. 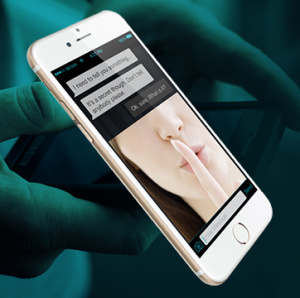 ● Only iOS devices can run the software.

●   Darkroom has already seen two updates. Developers gave users a heads-up by saying that the old and the new version of the product are vastly different, which is why the original software must be deleted before installing the new one.