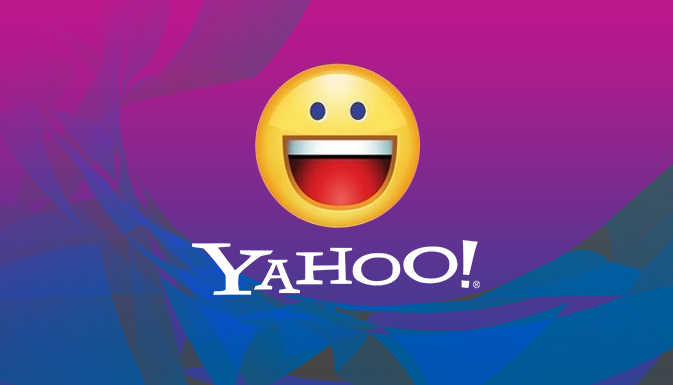 For many years, Yahoo Corporation was busy trying to come up with a worthy substitute for their once popular Yahoo Messenger. It lost is popularity right after WhatsApp, Facebook Messenger and Hangouts took over.
The launch of the new Livetext app looked like an attempt of Yahoo to attract young users. However, the corporation chose quite an unusual way for that – they muted video calls. 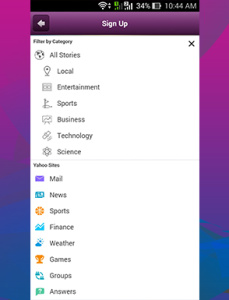 ●   The messaging app was created by Yahoo Inc.
●   It was officially released on 29 July 2015 in NYC.
●   So far the app has got a small user base (the exact figure is unknown). The Google Play Store shows from 100 to 500K downloads.
●   The app’s main feature is that video connection between users is muted. They can exchange phrases only in the form of a text (while seeing each other on the screen).
●   The developers are promoting their brainchild as a “natural way of communication”. This way they attempt to eliminate people’s fear to talk to their chat partner. Besides, this kind of approach will be relevant in a situation when two participants of a call cannot outcry the outside noises (like that of a football game, a concert, etc).
●   Users download the messaging app all over the world.
●   Yahoo Livetext supports 44 languages, including Russian and Ukrainian. 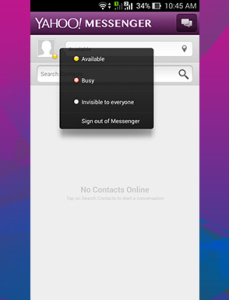 ●   The app allows sending text messages and video files.
●   Yahoo Livetext runs on Android and iOS.
●   So far, the developers have not implemented adverts in their product; however, as soon as the app’s user base grows larger, ads will be right there.
●   Livetext is distributed on a free basis.
●   The app takes 25 MB on iOS and 16 MB on Android devices.
●   You add friends in the messenger via a user ID or through the address book data.
●   User profile supports avatars.
●   The app allows a chat only between two people. No group chats or group calls.
●   No emoji or stickers are available. 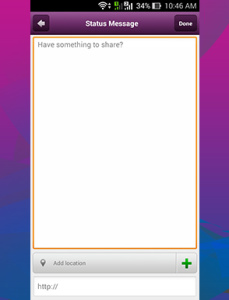 ●   Despite the fact that Yahoo Messenger once already lost battle to the heavyweights like WhatsApp and Facebook, the app developers hope to beat these particular peers by the number of users.

●   Livetext app cost $11 bn to develop.
●   In 2014, the development team launched the app for alpha testing but it had plenty of drawbacks, so it did not get very popular.
●   It is not the first time, Yahoo has been trying to take a share in the messaging app market. In 2014, the corporation bought the Blink IM service. A few months later, the Yahoo purchased MessageMe for $12 M.