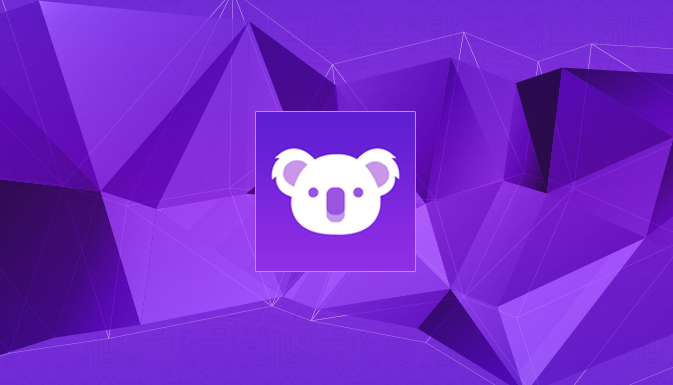 Messaging, stickers, file attachments — these features won’t raise a single eyebrow nowadays, unless you’re a person who has no clue what instant messaging apps are. Today, if a company wants to surprise its user and get more users as a result, developers are forced to introduce exciting and unique solutions. No matter how you look at it, but the young user is very meticulous and constantly seeks something new and exotic.

Ukrainian engineers noticed this in time and threw their distinctive communication app, called Artyom, to the wolves. So, what does this new means of communication bring to the table? 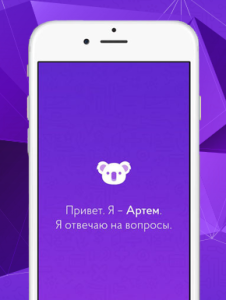 ●     Messaging app “Artyom” was developed by two residents of Kyiv — Illia Stryhar and Artem Boyko.
●     The software was released in 2015.
●     1,500 people joined the app within the first five days.
●     The standout feature of this app is that is lets you establish a dialogue with only one person — you guessed it, Artyom, who is a real conversation partner, not a bot, if that’s what you’re thinking. Users can pose any question and the interlocutor will answer it in no time.
●     Despite the fact that many users think this product is some kind of joke, app creators put a deeper meaning into the idea: sometimes we need to share our emotions or talk to serious-minded people, who can discuss profound, philosophical topics with us. As for the creators, they call their app a “project for our day off work”, initially created as a psychological safety valve to blow off steam. 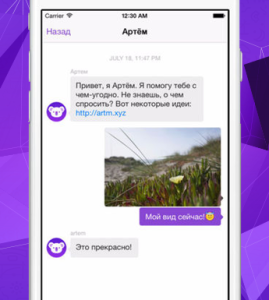 ●     The product targets the Ukrainian, as well as other foreign markets.
●     Send emojis, photos and text messages.
●     Currently, the app is available on iOS devices, but the Android version of the app is on its way.
●     The app takes up 9,2 MB of your device memory.
●     At this stage, developers decided not to put ads in their app, but they do want to implement it in the future.
●     Artyom’s interface is primitive.
●     Before sending out your first message, you must choose a handle that’ll be your only means of identification. Thus, the user remains anonymous for Artyom.
●     The app is free of charge. 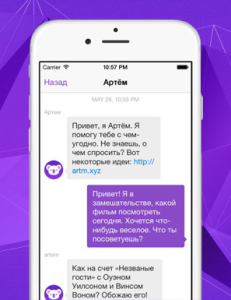 ●     App creators plan on launching a satellite app to tackle the company’s financial issues. Earnings will be made from referral link percentages.
●     The two Kyiv engineers got inspired to create the app after watching the movie “Her”.
●     The most popular question that is asked in the app is: “Are you real?”.