When we were little many of us dreamed of owning a walkie-talkie, so that we can talk to our friends all the time. Our generation grew up on the streets and we could only read about computers and fancy phones in science fiction novels. The radio transmitter actually inspired Voxer developers, who, eventually, created an app that allows us to be closer to our friends. This review will go into detail on the app.

●     Voxer was designed and developed by Tom Katis.
●     According to statistics, the app has more than 10 million users.
●     The app is available on iOS and Android devices. There is also a web client.
●     Send text messages, audio and video files with Voxer.
●     Walkie-Talkie is the app’s main feature. It transforms your device into a push-to-talk radio transmitter. 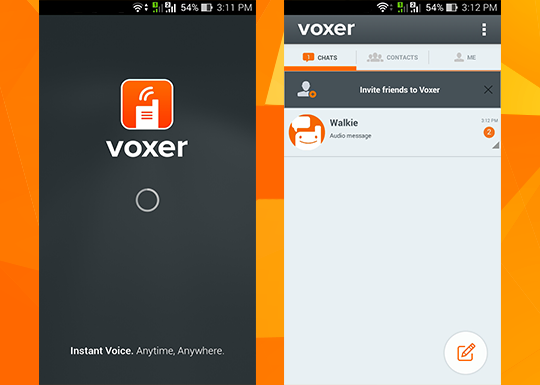 ●     Enjoy chatting in private or group chats. Thanks to the Walkie-Talkie feature, users can communicate in chats using their voice and not just texts.
●     The app’s push notification settings can be enabled/disabled at any time.
●     Quickly access the app’s camera and share the taken photos in a matter of seconds.
●     Sadly, there aren’t any filtering or editing options for images and video files.
●     Voxer is ad-free.
●     Voxer offers two tariff plans. The regular free one and VoxerPRO, which costs $2.99 a month or $29.99 a year. The app’s expanded version lets you create chats that can hold up to 500 participants. It is also equipped with the walkie-talkie mode that doesn’t even force you to be logged into the app. You can simply pick out the channels that you want to hear and where you want to be heard, and then exit the app. Furthermore, you can find a widget on the screen of your smartphone that allows you to send audio and text messages without opening the app. It also gives you the opportunity to change the notification volume, store your correspondence, audio and video files on the server for more than 90 days, and enjoy an additional wallpaper collection. 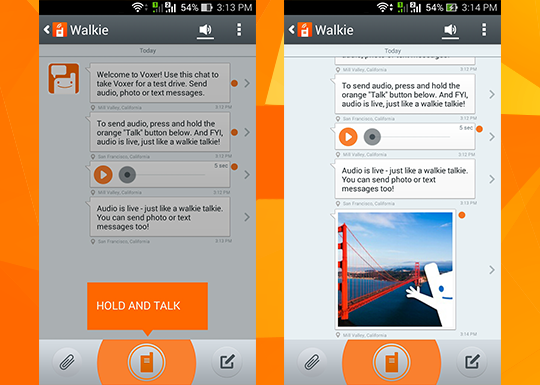 ●     Users communicate largely by sending recorded audio messages to each other, while texting isn’t as common.
●     Decorate your messages with emojis and stickers.
●     Messages aren’t encrypted and stored on the server.
●     The app is offered on smartphones, tablets and computers.
●     Each user has a profile page that can be fully customized: profile pics, statuses, personal data.
●     The messaging app can also make use of geolocation and share your whereabouts.
●     Voxer doesn’t do anything special with links, like highlighting them or displaying previews.
●     Inviting friends is another function. 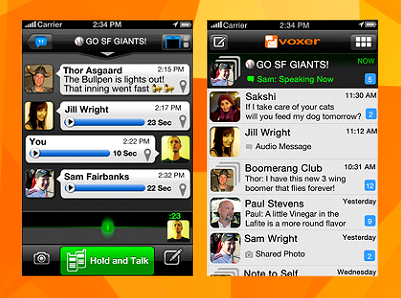 ●     The app shows stable performance.
●     Voxer doesn’t allow you to recall or edit sent messages and they can’t be deleted either.

●     In 2013, Facebook restricted Voxer’s access to the FindFriend function. Reps of the social media said that it’s a compulsory measure, because the apps are in direct competition, and, therefore, don’t share practically anything with each other.
●     In the spring of 2012, the app raised more than $30 million in investments.