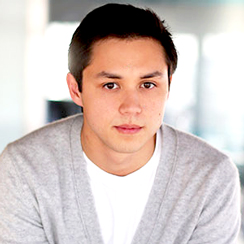 Bobby Murphy was born in 1988. The mother of the future Snapchat co-founder immigrated to the US from the Philippines. She settled down in Berkeley, CA, where Bobby was brought up.

Murphy got into Stanford, where he met promising developer Evan Spiegel. Later on, the two became business partners. Having stacked up their small project experiences, they began creating their messaging app Snapchat. During the company’s first steps, Murphy managed the engineering team and recruited new software developers.

Snapchat is a software program that lets users exchange self-destructing messages. In addition to sending regular text messages, the app welcomes users to attach photos, images and videos to them.

The photos and videos that are sent via Snapchat are available to the receiving end for only a couple of seconds: in March 2015, users were able set the self-destruction timer to 1-10 seconds. Once the photo is viewed, it is removed from the server. At that point, you won’t be able forward or view said photo.

This is how app engineers decided to make online communication a bit more extreme. Now that users are confident that unwanted eyes won’t see their bizarre photos, they are free to loosen up in their communication.

An interesting fact is that nine percent of adult Americans use Snapchat.

We are all well aware of the fact that Facebook attempted to purchase the messaging app for $3 billion when the latter was already rather popular, but Spiegel was forced to turn down the offer.

According to various sources, Snapchat is currently worth approximately 10-20 billion USD.