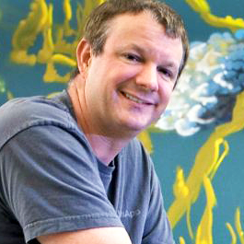 Brian Acton is not a particularly famous person, so there is not too much information about him on the Web. Still, there are a few things that you can find about him. Brian was born in Michigan, and was educated at three universities: University of Florida, University of Pennsylvania and Stanford.

After he acquired detailed knowledge of the computer science, Acton got a job of a systems administrator at Rockwell International. Afterwards he worked as a tester for Apple Inc. and Adobe Systems. In the late 90s, his career continued in Yahoo. It is there that his future business partner Jan Koum also happened to work.

In 2009, Acton and Koum joined their efforts in working on a new application. A few months later, they launched WhatsApp into the world. Gradually increasing the user base, the messaging app became one of the most popular ones in the world.

The company was founded by Brian Acton and Jan Koum in 2009. The app is free to use during the first year after installing, and at the start of the second year a user has to pay a small fee of $0.99 per year.

In March 2015, the app delivered about 50 bn messages. Experts believe that the messaging app has set off the destruction of traditional SMS, just like Skype once got its foot over the throat of international telephony. A curious fact is that the app’s fast expansion made mobile operators lose several dozens of billions of dollars.

According to the data from Apple, the WhatsApp application is the messaging app #1 in 121 countries of the world. In March 2015, the number of its users reached 1 billion.