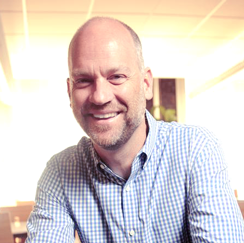 Founder and board member of Constellis Group, Triple Canopy, СЕО and founder of Voxer, earned a Bronze Star Medal and Combat Infantryman’s badge for his service in the US army.

Tom Katis is one man, who was up to the task of combining his financial, military and IT background to create a unique product – Voxer messaging app. This product became popular not just among the mass audience, but it is, in fact, used on some serious scientific NASA projects.

The very fact that Tom Katis served in the US army has a direct effect on the information that can be found on him online. Therefore, the media is currently focusing on his business activities, because it is impossible to track down information on his date and place of birth or how he became the VP of Citigroup right after graduating from Yale.

Having got his BA in Ethics, Politics and Economics, Tom Katis began working for Citigroup, where he was engaged in developing e-payments. He then developed a consumer market system while occupying the VP position at Netcentives. To tell you the truth, after 9/11 he joined the army, where he served in the Special Forces (Green Berets) for two years in Afghanistan.

Considering Tom’s rich experience, it is hard to even imagine him being responsible for the development of mobile apps. However, having been in battles and having experienced how off US’s military communication is, he couldn’t stop thinking about making it better and more comfortable to use. This is the story of how Voxer came to be.

Voxer is an application that uses the Walkie-Talkie technology (military radio), but it is more advanced due to the fact that several people can talk at once without interrupting their conversation buddies. The idea to create the messenger came to Tom Katis during his military service, as he experienced poor communication between different units on the battlefield.

In 2007, Tom Katis and Matt Ranney founded Voxer (RebelVox initially). They needed almost 4 years to adapt the military technology of transferring data via radio transmission on iOS and Android apps. In 2011, Voxer was first uploaded to the Play Market and iTunes.

At first, the messaging app got its user base, and only then did the media start covering it. The fact that the app went a whole year without media coverage was one of Tom Katis’s idea. In one of his interviews, he claimed that companies tend to forget about quality when they start getting media coverage. Losing users is far worse than getting bad press.

Voxer has been quietly and steadily maintaining its brand ever since. It’s safe to say that the messaging app is more oriented toward field teamwork, rather than daily communication, although the interactive aspects of the app isn’t suffering. It is worth noting that Voxer was one of the first apps available on the Apple Watch (three days after the official release of the smart watch). Tom Katis decided to play for high stakes, and, as a result, under his management Voxer got involved in NASA research. Not too shabby at all for a messaging app!