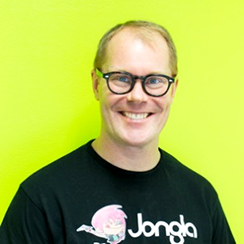 Riku Salminen is a very positive person and you can feel his energy in his famous project – Jongla. Unfortunately, there isn’t a lot of information on Riku, the man, however, there is a lot more info on his creation.

From what we were able to find out, we can say that Riku Salminen is almost obsessed with mobile marketing, having devoted 14 years of his life to it. Salminen majored in economics at the Haaga-Helia University in Helsinki. A short while later he got his MBA.

Riku began his professional journey at Fonecta Oy, a company providing Internet marketing services. He continued his career at Grey Direct & Digital, where he was working on projects for Nokia, Finnair and Néstle. He further enhanced his skills at Oy Smart Concept Finland Ltd, dealing with smart technologies. One could say that Riku Salminen had an interesting time working for MTV Oy, were he was responsible for online gaming services. It was there that Riku met Arto Boman and the two decided to start their own company.

So, it shouldn’t come as a surprise that over time Riku decided to found his own project. He had everything to make it happen at the moment: experience and the desire to accomplish something significant.

Riku has a very family-like vision of the company, which is good, since the 22 people working at Jongla come from 13 different nations. He values smart young people fully devoted to work, whose ideas change the company for the better.

He was in charge of development and business strategy issues, staff recruitment and management, liaison, as well as marketing and sales. At first, Riku was the Executive Vice President, COO and partner. However, as of 2013, when the company had a strategy switch, he became the CEO.

In his LinkedIn account Riku Salminen writes that he is very keen on sports: squash, soccer and canoeing. 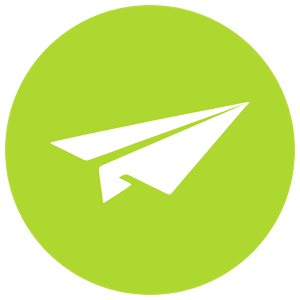 Jongla is a project that was launched in 2009 on Java and Symbian platforms under the name JonglaFree. Founded by Riku Salminen and Arto Boman.

Nevertheless, by the end of 2010, the developer team understood that these platforms are living out their last days and it was high time to make a switch to new ones.

In August 2012, the company removed all its official apps from all app stores, but promised that something big was coming instead.

In October of the same year, the team released Jongla IM app, whose improved version we use now.

In one of his interviews, Riku Salminen mentioned that Jongla was also working to create official accounts for brands that would use VoIP.

Now Jongla is a cross-platform app, which is constantly improving and making it users happy by providing them with new functionalities.