Periscope has released an update, offering new instruments. “Today, we’re bringing you three new ways to connect with your audiences and the communities on Periscope — with Superfans, groups, and logging in to Periscope.tv,” the company wrote on its official blog. 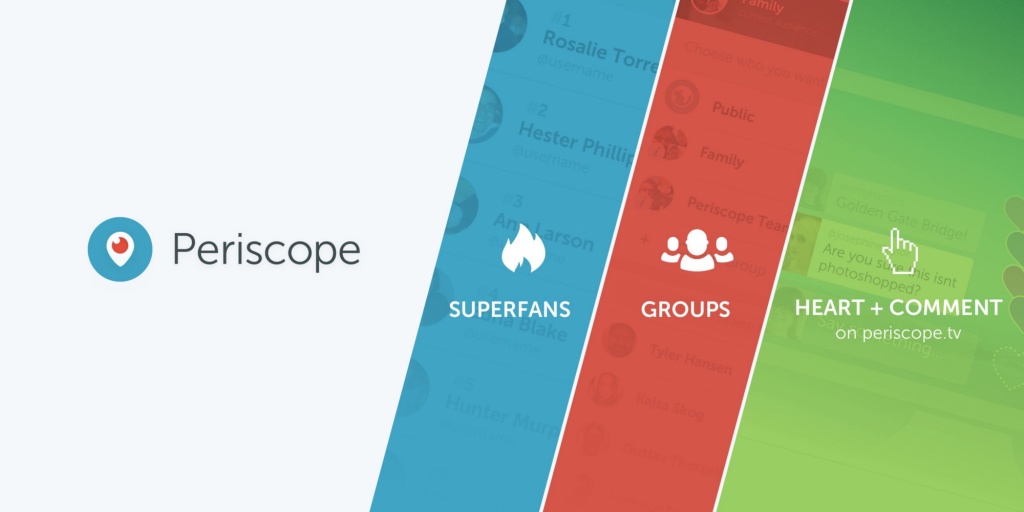 The first tool Superfans allows you to see the most engaged followers for each broadcaster, a list of up to 10 people. Each superfan is given a score and a special flame icon. “In addition to seeing your own Superfans, you can also see who has you as a Superfan, or which people have you as one of their most engaged viewers,” says Periscope.

The Groups feature allows users to broadcast and share videos with specific “more granular” sets of people.  So you can now share broadcasts with a close group of friends with specific interests without sharing them with others who have no interest in them. Periscope believes this will help discover new people in the group, as any member of the group can add other broadcasters as well.

Finally, with the latest update to Periscope.tv, it’s become easier to search and browse channels. The extended web version now allows you to login to your account and comment and send hearts to any live video.

The new features are already available on iOS and Android.