One of the world’s most popular messengers WhatsApp announced the release of new features to its camera.

Among the new camera features are the ability to draw or write on photos and videos and add emoji. The editing tools menu will pop up automatically once you make a photo or shoot a video, or choose one from your phone. Users will be able to also choose the font style and color of their text. 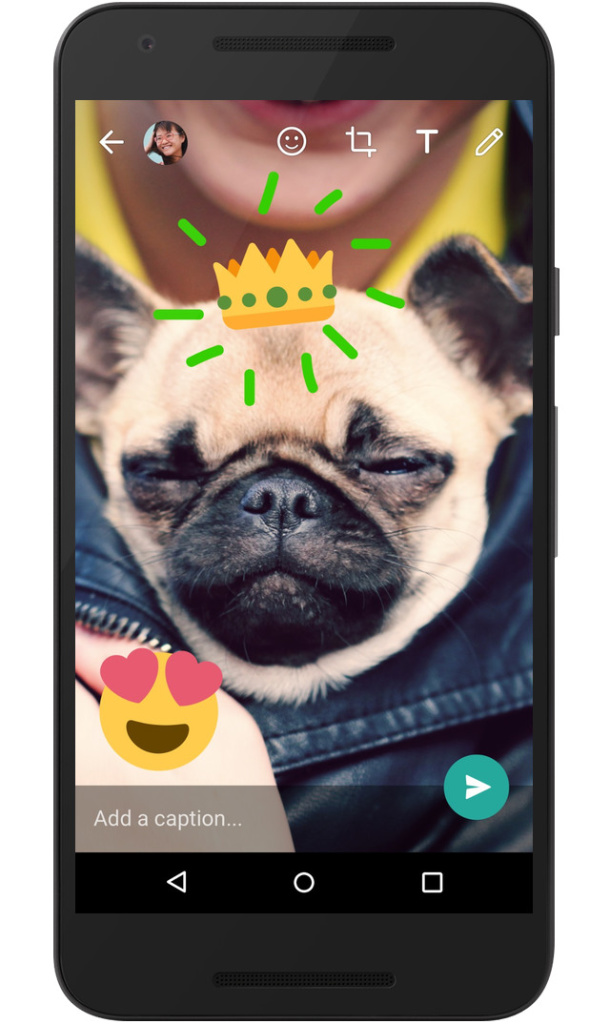 The WhatsApp camera now also supports the front flash, “so that you can take the perfect selfie in low light and at night”, the company says. The other features for recording videos include zooming and switching between the cameras. In order to zoom in or out, you will simply need to slide your finger up or down and to switch between the front and rear cameras, just double tap on the screen.

The new camera features are already rolling out on Android phones and on iPhone soon.