Facebook is testing a new feature to boost discussions

Facebook is testing a new feature that looks a lot like Twitter. Some users have noticed that upon opening Facebook, just under the status box, there is a new section called “What friends are talking about”. So far, several sources reported seeing this new feature on Android, but it i 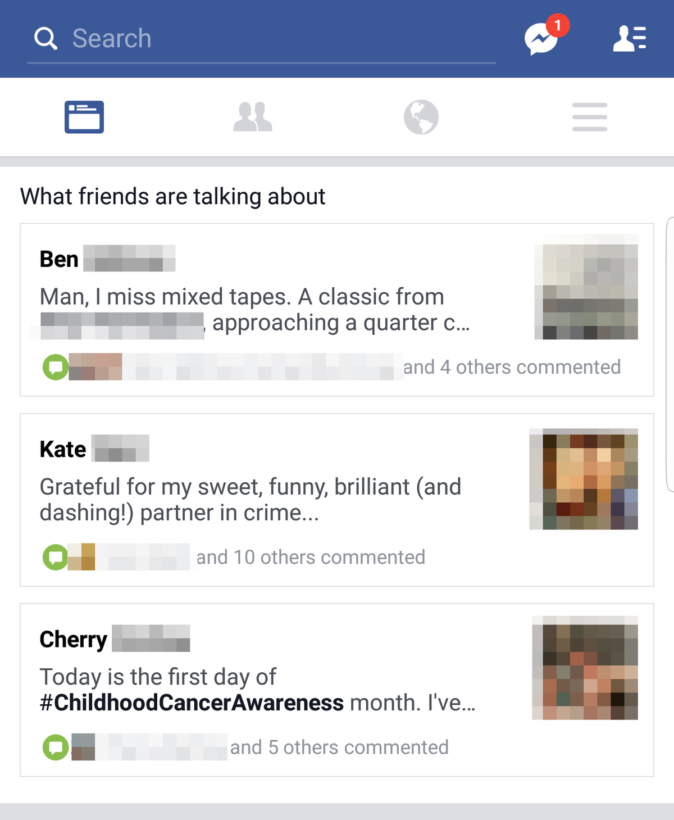 The feature basically collects posts from your friends in a special section above your News Feed. At the moment, you only see three posts, the first few lines of those posts to be exact, while it is not clear how they are chosen. You can also see how many comments each post in the section has. It seems that the company hopes that if you see the most interesting conversations you will be more likely to join in.

Facebook often tests features like this with small groups of users before rolling them out widely. Of course, there’s no guarantee that the tested feature will roll out to everyone, although taking into account that Facebook aims at facilitating more conversations between friends and family, the chances are high.