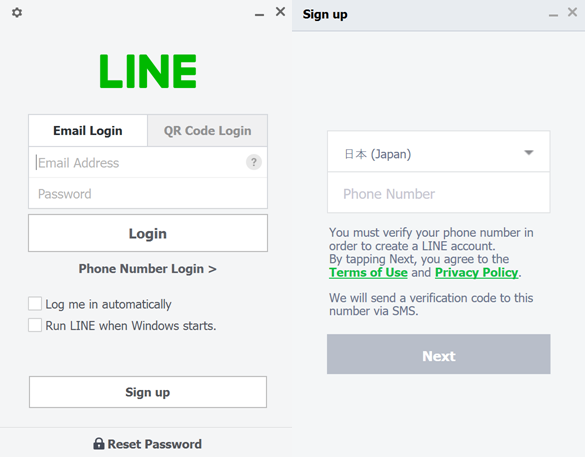 Firstly, the company introduced the possibility of signing up for the app on computer or tablet (Windows/Windows 10/Mac). The signing up process is simple: install the app and select “Sign up” button. As with the smartphone, you’ll need to verify your phone number before you can start using LINE.

The new version of the app will also introduce LINE Out Free feature, allowing users to make phone calls for free after watching a short video, as well as the ability to upload up to five minutes of video of any size to chats. The free calls will be limited in time, though the company did not specify exactly for how long. In order to make a free call, select Call from the More tab, and tap the dial pad in the upper left corner. From the top of the screen, you can then choose to make a call using either LINE Out Free or the usual LINE Out service.

At the moment, the free calls are available in the US and Australia, but other regions are expected to be added shortly.