Shortly after Stories feature appeared on Instagram, which, as the company reps admitted is very similar to that of Snapchat, Facebook has begun testing a new feature, which includes filters and stickers that users can add to their photos and videos, on its social network.

The feature has been linked to the 2016 Summer Olympic Games that is taking place in Rio de Janeiro, Brazil and offers Olympic-themed masks and frames to be applied to the profile photos or videos. At the moment, the feature is available only in Brazil for iOS users, which is no surprise, and in Canada for both iOS and Android users. 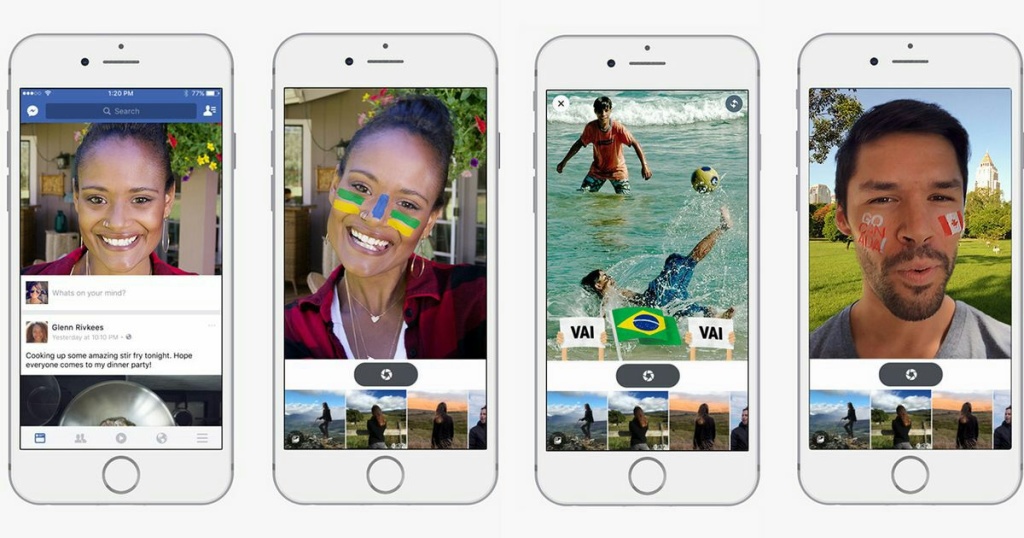 As soon as a user opens the app after an update, they will have to enable the camera. After that, every time users open the app, the first thing they will see is the camera – it takes the space of the status box, which has been pushed just underneath it.

The news comes as no surprise, since after Facebook acquired MSQRD, photo and video effects app, in March, it was only a matter of time before the company introduced filters. Now, every time, users open the camera for posting a photo or video on Facebook, they will be offered to add masks, filters, frames or drawings to them.

Although the new feature is currently available only to select users, most likely it will soon be introduced more widely.