Facebook is rolling out several updates to its livestreaming feature Facebook Live. The users will now be able to choose full-screen mode for better viewing experience. The feature supports full-screen streams in portrait and landscape mode on iOS. However, full-screen on Android is available only in portrait mode at the moment with the landscape support coming later this summer. 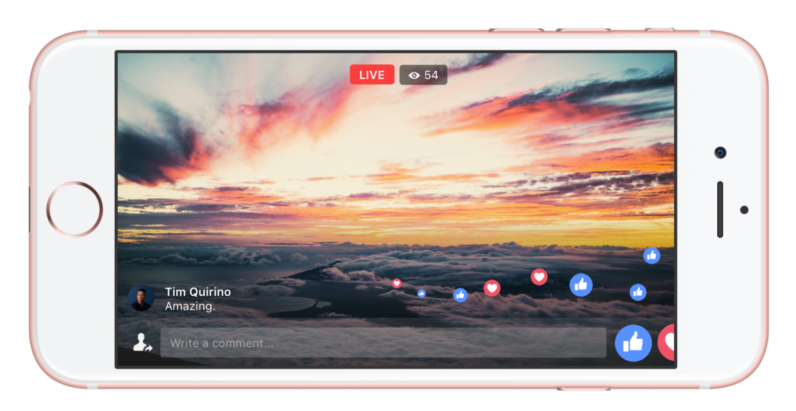 The ‘video-only’ mode also allows users to hide comments and reactions that appear on top of a stream and, as users complained, can be quite irritating. Broadcasters and viewers can turn this option on or off by swiping left or right while streaming or watching.

Furthermore, Facebook extended the time limit of live streams from two hours to four hours per session. The company says the change is a response to users and publishers asking for longer sessions.

The updates are starting to roll out now and will become available more broadly within a few weeks.