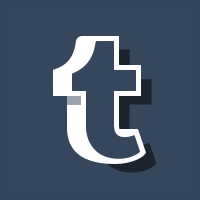 Live videos seem to be taking over the social media – Facebook, Youtube, Periscope and a number of other platforms already have them. Tumblr has followed suit by launching a new live video feature on Tuesday. Since this is largely a platform for bloggers, live videos may just be another way for users to share their views and talk to their followers.

The company did not develop its own technology, but simply integrated the existing solutions. To date, the platform has launched support via YouTube, YouNow, Kanvas and Upclose. To post a video, you have to open any of those four apps and then share your broadcast to Tumblr. In order to do that, you will also need to connect your Tumblr account (turn on Tumblr sharing and tap “Allow”).

Your followers will receive notifications when you go live and your video will be pinned to the top of their dashboards. Live videos will remain on your dashboard even after the broadcast is over and they can be reblogged like any other post in the app.