We all have one messaging app that we prefer to use over the others. For some people it may be WhatsApp, while others choose Viber or Facebook’s Messenger.

Using Android data from 187 countries, analytical company SimilarWeb, conducted a study to determine the most popular messaging apps in the world. In fact, the company claims that messaging apps are the most used apps overall in nearly all countries of the world. 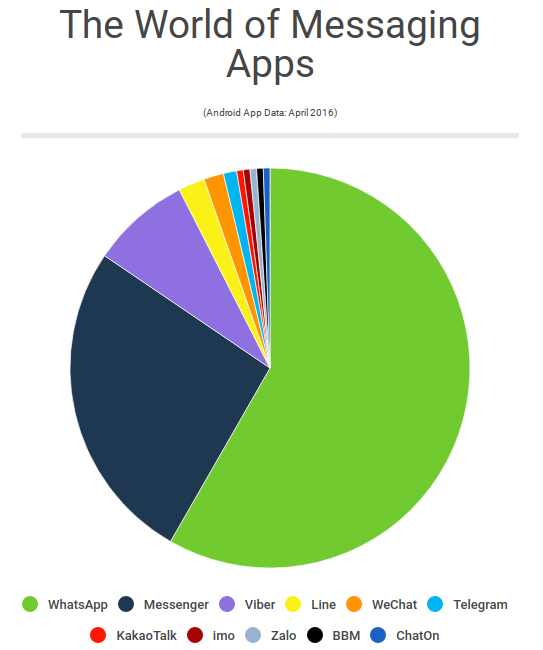 Of the 187 countries, WhatsApp has been named the most used app in 109 countries or 55.6% of the world, including such countries as Brazil, India, Russia and many other countries in Europe, Asia, Africa, South America and Oceania.

Facebook’s Messenger is the second most popular app on Android devices in 49 countries, including Canada, Australia and the U.S. All other messaging apps are lagging far behind the leader. In fact, Viber is the only other messenger to claim 10 or more countries, being popular in Eastern Europe. It is the top messenger in Ukraine, Belarus, Moldova and others.

The other popular apps that have more than one country in their corner include Line, WeChat and Telegram. And the apps that dominate only in one country include KakaoTalk in South Korea, Zalo in Vietnam, ChatOn in Eritrea and BBM in Indonesia.