The company launched Facebook Live last summer as the popularity of such apps as Periscope was soaring. Since then, Facebook has been slowing rolling it out to the public. 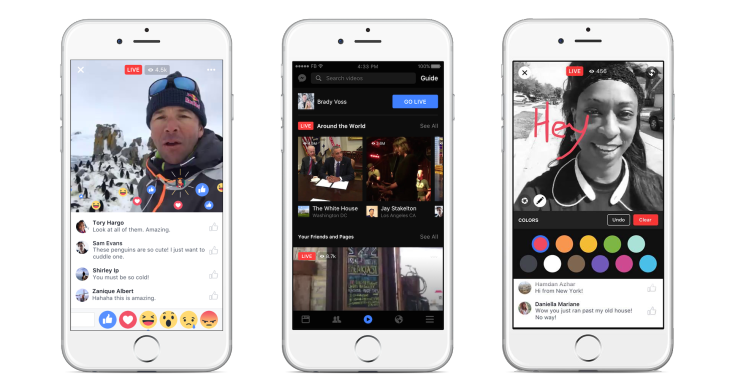 Today, Facebook announced a new update for Facebook Live with a slew of new features, including live streaming for groups and events, real-time reactions, invitations to friends and the map of live broadcasts. Let’s take a closer look at the new features.

Among the new features is the ability to live stream in groups and events. You can now broadcast to people in a specific group, like your family group, or from an event. Furthermore, Facebook added live reactions, replay comments and live filters. You can make your broadcast black and white or add other shades. Viewers can use one of the recently added six reactions to express their opinion about your live broadcast. The reactions will appear in real time. And if you are watching a replay of a broadcast, the comments that were made will appear as they happened during the live broadcast.

Also now you can send an invitation to a friend to watch a video. Most importantly, Facebook is launching a video portal for Live to make it easier for users to find new content. The new portal will have most popular videos and videos to match your interests. You also will be able to find videos on a world map and click on locations to watch any live video happening anywhere in the world. 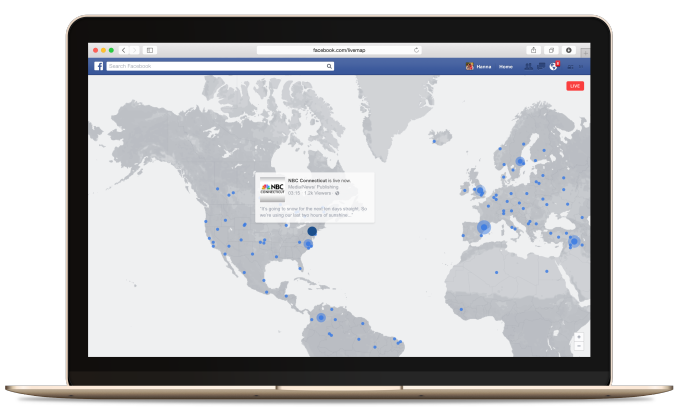 Finally, Facebook is introducing a new metrics for Pages sharing live video to provide publishers and users with better understanding of how many viewers they have. There are two metrics now available: live broadcast audience showing the total number of unique people who watched the video live and viewers during live broadcast, which is a presentation of the number of viewer during each moment of the live broadcast.