In the first issue of the revamped no-nude format of legendary magazine, Playboy put on the cover a selfie-like image of model and Snapchat and Instagram star Sarah Rose McDaniel, made in a popular messenger. The magazine’s representatives emphasized that in a small photo shoot they managed to combine a multitude of modern trends. McDaniel poses as if she is taking a selfie, while the caption on the cover in Snapchat’s format. 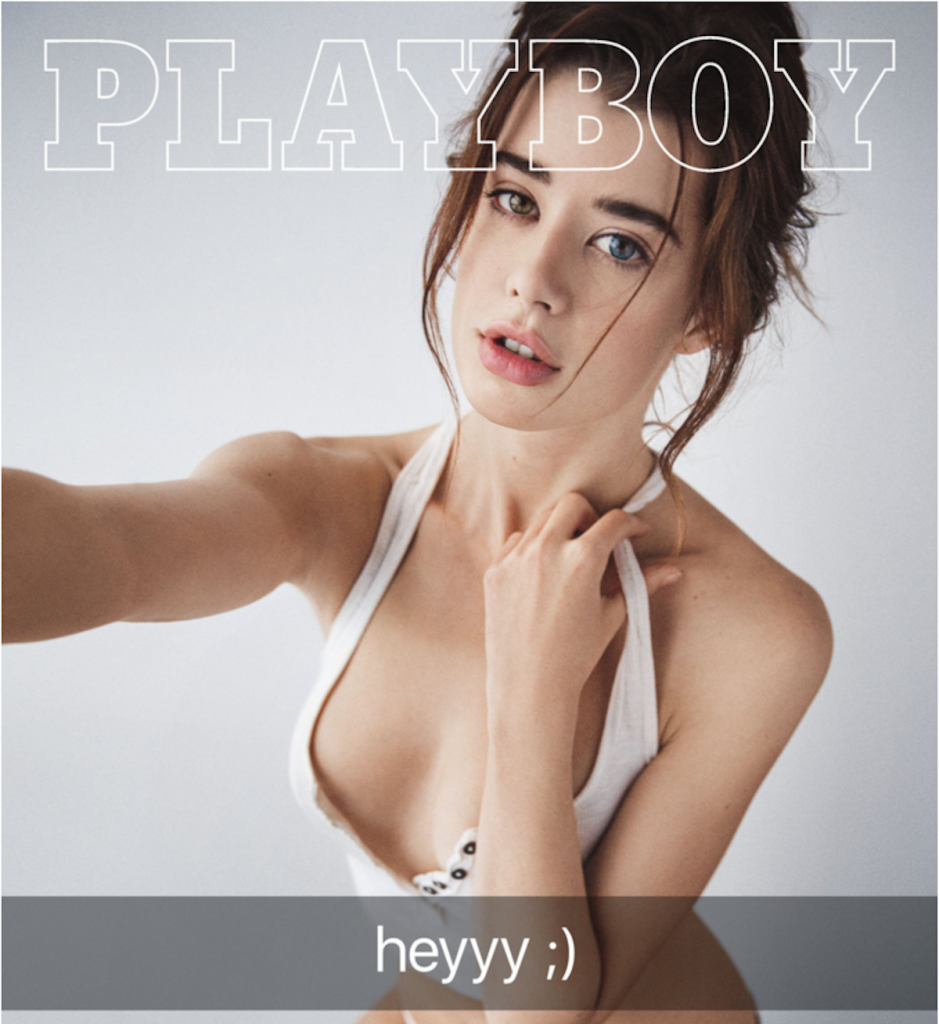 The magazine thus managed to reflect a larger part of today’s pop-culture. The scenes of the photo shoots are also similar to the plot of Beyonce’s popular song Flawless – I Woke Up Like This. Noteworthy, the Snapchat has become such a significant phenomenon in the eyes of the foreign community that appearance of some elements of its interface directly points to the communication culture of the younger and digital-savvy generation.