The White House is now on Snapchat

Home » News » The White House is now on Snapchat

Yesterday on the 11th of January 2016 just one day before the President’s final State of Union Address, the White House set up an official Snapchat account. It is interesting to note that the White House already has Facebook and Twitter official accounts. Everyone who is interested in the history of the Presidential residence can add username “WhiteHouse”. It is today when you can observe the brand new photos of the White House in order to show you all the preparations of quite an important event. 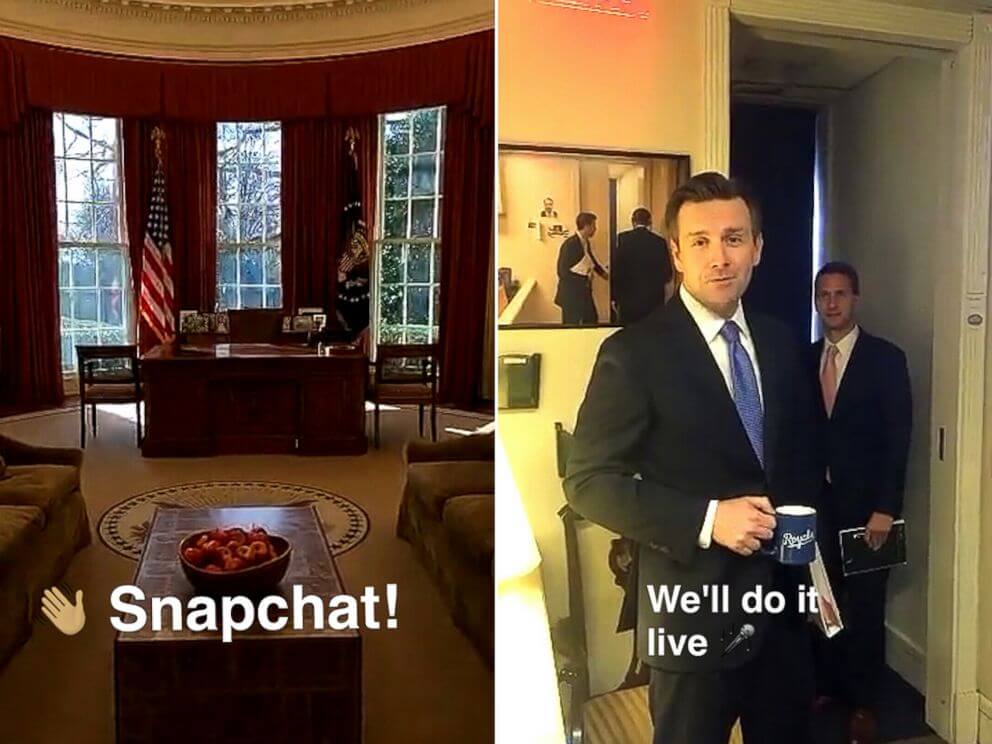 According to the White House it has been announced that within the territory of the US about 60% of smartphone owners at the age from 13 to 34 regularly use such a platform and this tactics gesture is aimed to engage into the US issues the segment of population that’s receiving information in novel ways. The picture of Barack Obama’s oval office has been chosen as the first post to kick up the new account. Meanwhile the office is still empty.