BACON EMOJI AND OTHER STUFF MAY BE AVAILABLE IN 2016

Active messenger users cannot imagine their lives without emojis. This is no wonder since it is these simple images that make your correspondence more live thanks to emotions. Sometimes, the wide range of available smileys still fails to express a deep thought. Soon everything will change, though.

According to Yahoo Tech, it still uncertain which of the 38 smileys will transform our social life in the future. Of the 38 emoji, only a few will be approved.

News and rumours about the possible variety of smileys for Android 9.0 began a month before the Android 8.0 official release. Unicode had been teasing users for a while already with the coming release of emojis picturing a thinking face, a nerd, sports symbols (tennis and volleyball) and additions of religious nature (mosque, synagogue, prayer beads, etc).

Today, based on the common Internet search results, one may assume that soon enough the following smileys will appear: a potato, a shark, a lying face (based on Pinocchio nose, which suddenly becomes longer when Pinocchio is telling lies), a dancing man, and bacon.

Below you can find the list of new smileys suggested by Unicode to be implemented in 2016 made according to the following categories: 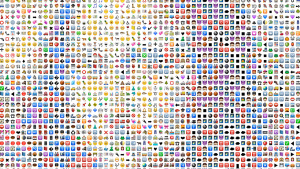 Of course, no one can guarantee the integration of these smileys into the mobile keyboards of Android 9.0 devices. However, users indeed find the current range of virtual expressive means for emotions insufficient, so this kind of updates should take place when the demand for them grows.