Home » All messengers » Multi messenger DISA to fulfill your dreams

The idea to combine the most popular messengers in one, like all brilliant ones, is simple. Users of WhatsApp, Telegram, Facebook Messenger and other popular worldwide messengers on the official forums had discussed one issue for several times: why not bring people with different messengers under one roof, oh, sorry, that is, under a single interface? And the Disa application made their dreams come true. Disa is quite similar to Drupe, about which we have written before. 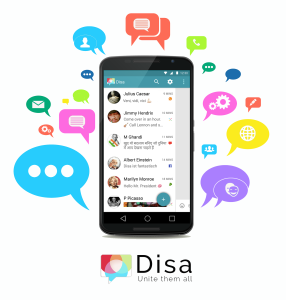 Currently the beta version of the Disa application is available in the Google Play for owners of smartphones on the Android, versions 4.0 and above. Version for iOS is still under development. Essence of Disa is to bring together all popular ways of messaging, including SMS / MMS, social networks and instant messengers in one window. Currently the app supports SMS / MMS, Facebook and WhatsApp, and in the near future, developers promise to add to this list Telegram. Rumor has it that in the future the list will be joined by another messengers like Kik, Hangouts, Steam and of others. This is the part where Drupe beats Disa, because it has more messengers already included. But at the same time it is Drupe`s drawback, as it is available for Android 4.1 and above.

The functionality of the application is simple, and there are several useful options. For example, users can combine Disa contacts of the same user in different networks into a single account, and thus see the whole history of correspondence with a specific person. Even if your friend logged out, for example, from Facebook, you can immediately, without leaving Disa app, send an SMS to him or her. Also, if you are too lazy to write, there is a possibility of sending small audio messages. 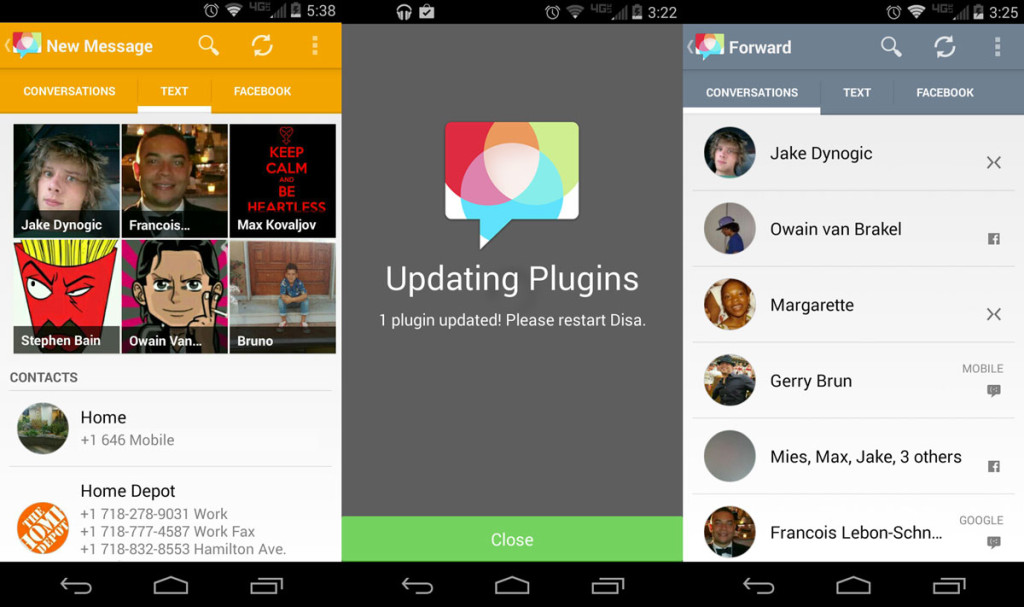 Particular advantage is that Disa users significantly save battery charging of their smartphones. After all using a large number of various applications and instant messengers leads to rapid discharge of mobile devices. We conclude that this application is a really useful thing. And as its installation and testing is completely free, it is worth trying. It’s not every day that wishes come true!