In August 2014, the media boasted that investors had estimated Snapchat at $10 bn. The company’s present value is $15 bn. As we can see, by turning down Mark Zuckerberg’s offer to sell their messenger for $3 bn in late 2013, the founders of the photo messaging app, Evan Spiegel and Bobby Murphy, put their ill-wishers noses out of joint.

Snapchat has always been a standout among competitors, due to its pretension, great ambitions and nonstandard marketing moves. Back in 2011, it was just a promising startup of three recent Stanford graduates. These days, it is a full-scale company with a friendly and informal atmosphere and an over 150-person staff. It is no secret that 90% of a company’s success (startup especially) depends on its workers. They realize it full well at Snapchat. So, the approach to hiring employees here is scrupulous, creative, and, besides, it is enigmatic.

For example, recent rumours on the Internet say that the former Apple head of iOS Scott Forstall now works as an advisor for Snapchat. This information came to light purely by accident – after the Sony Pictures hack, whose CEO Michael Lynton is simultaneously a Snapchat board member. The email that leaked to the Internet said that Snapchat set aside 0.11% of its share capital for Forstall. He will be able to collect the money only after working in this position for two years, though. His share in money terms is quite big – $16.5 mln. However, if the shares of the photo messenger continue growing, this large amount is going to be even larger.

The hacked email correspondence brought to light other curious facts too. For example, it became known that Facebook in the person of Mark Zuckerberg offered Snapchat an amount much bigger than the famous $3 bn. What can I say – I wish I were as calm and patient as Spiegel and Murphy are!

But let’s get back to our article’s topic. Recently, there has been another interesting piece of news about how far the photo messaging app can go to poach employees from other top companies. Thus, the company has launched unusual advertising, using geofilters, which appear on Snapchat users’ smartphones only in their office’s area. For example, the employees of cab calling service Uber when sending photos through Snapchat from their desks saw a sarcastic comment pop-up: “This place driving you mad?” As for the workers of Airbnb real estate agency, they see the “Not sleeping well?” filter. 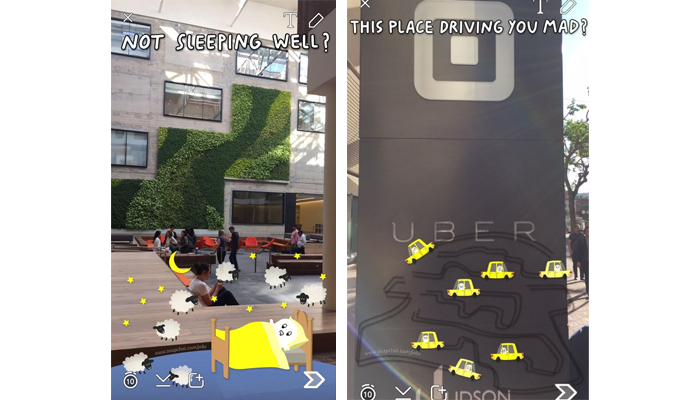 The employees of Pinterest, the company dealing with photo hosting, see this phrase “Feeling pinned down?” 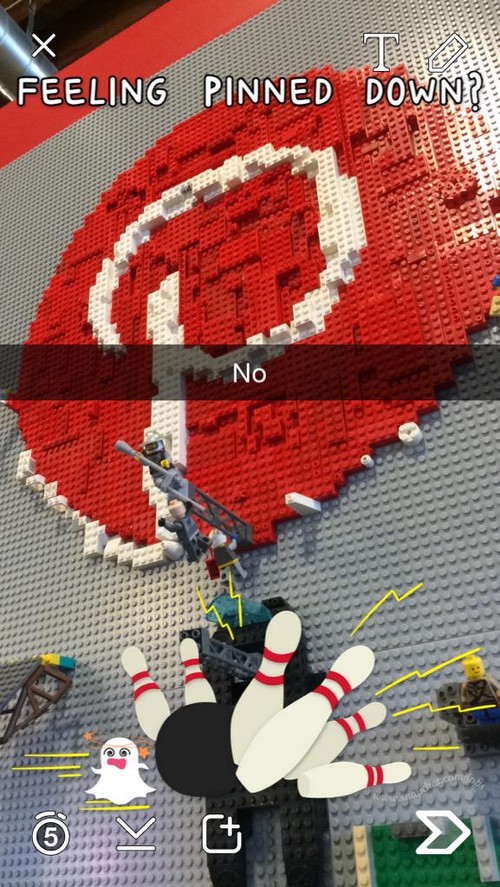 As you can see, the text comes with a picture with a Snapchat logo on it and along with a link to the Snapchat “careers” page. This is the way Snapchat does its recruiting. As they say, keep calm and have fun!