Secret Messenger: For Those Who Care to Stay Anonymous 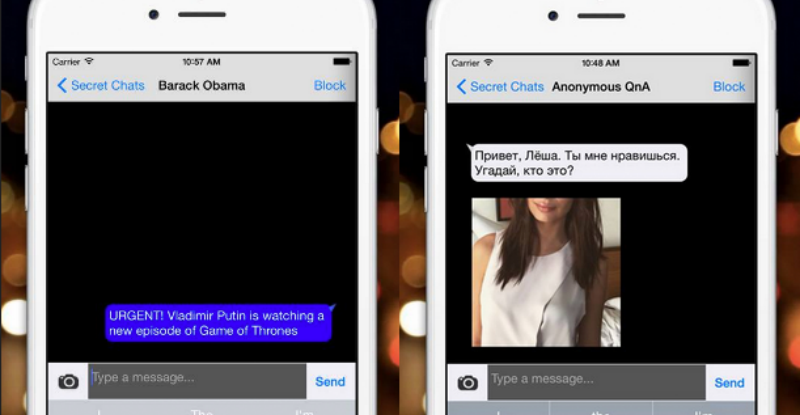 Home » News » Secret Messenger: For Those Who Care to Stay Anonymous

Is Internet going back to anonymity? Do you remember the good old times where we could all hide behind nicknames in online chats? Then we lost it in just one second.

Social networks emerged, demanding (and not even asking for) users’ actual names and surnames. Managers require our phone numbers, so there is no more secrecy in sight. Also, with Snowden revealing all secrets and laying all cards on the table, we are now left feeling naked in front of law-enforcement agencies.

Gradually, we are reclaiming our anonymity. Take the Secret Messenger, it allows friends to leak each other’s secrets, or take YikYak used by almost every US school kid.
Now, Nikita Halyavin, the founder of Professionaly.ru social network has released his own anonymous messaging app. It’s exactly a messenger, not a newsfeed or wall, to which everyone posts whatever they want. Our need for staying anonymous is obvious, since people’s sincere talks or comments will get them into trouble in the end. It’s no accident that the following phrases appeared in all languages:

“The less you know, the better for you”

The point of this app is that you can remain anonymous when sending messages, the text of the message depends only on the sender’s imagination:

An advantage is that the respondent is not registered with the messenger but he or she will receive the message anyway.
There is no monetization strategy whatsoever, at the first stage the creator is going to finance the project with his own funds. They have sent the messaging app into the world and are looking forward to a response. So, don’t judge the quickly made website negatively – the app is working well and its user base is growing fast.