Is Slack Getting More Investments? 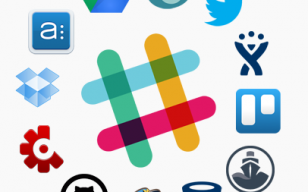 Slack is a group chat platform with an integration into third-party services, such as Dropbox, Trello, Basecamp, etc.

Even the company’s CEO is at a loss to answer the question “Why is Slack so popular?” This doesn’t stop investors, however, who, apparently, do know the answer.

Six months ago, when Slack came out in Beta version, it raised $120 mn and received a 1-bn valuation.

According to TechCrunch, investors will have to part with some money again, this time the company valuation will be 2.5 billion.

This time we are talking about these investors: Coatue Managament and Horizons Ventures. The first one also sponsored Box, Snapchat и Lyft.

The second rumour is about the Slack CEO – Stewart Butterfield. The company is supposedly looking for someone to replace Stuart, some “more operational leader”, ho would take the company to its next level of growth.

The Slack’s spokesperson would not comment on the coming fundraise and denied the rumour of the CEO replacement.