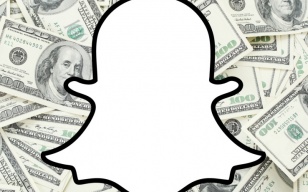 A new wave of rumours is circulating around Snapchat. We’ve already published an article on investments in different messaging apps and Snapchat was on top of that list, despite the fact that it doesn’t have a monetization strategy.

It all changed literary within a month – Snapchat released Discover and the amount that constitutes the value of the app finally became sensible.

These days the Internet is full of rumours about investments in Snapchat.

Bloomberg has reported that the Chinese e-commerce giant Alibaba intends to make the messenger app happy with a $200 million investment. In the summer, these rumours did not go any further and no investments actually took place.

Meanwhile, they haven’t been wasting time in Alibaba either: invested $215 mln in the Tango Messenger and $250 mln in the ride sharing Lyft app.

According to Bloomberg, over the past year Alibaba invested $6.3 billion in 26 projects.

Should the aforementioned investment become real, Snapchat’s value will rise to $15 billion, taking the third place among startups with multi-billion assessments. Ahead of it are only Uber and Xiaomi.

As Forbes points out, it was Imran Khan who affected the decision to invest in Snapchat. In December 2014, he became the Snapchat chief strategy officer and before that, he played an important part in Alibaba itself (the most successful IPO in history).

Considering that last year Snapchat raised $485 million from 23 investors, we can only guess how much it will raise this year.