Emoji Keyboard for your Macbook

Kikstarter is rounding up money for the production of emoji keyboards.

The developers decided not to produce a full–fledged gadget, which is why it will be released for Macbook Pro and Air in the form of a removable silicon cover that fits over and around your keys. I can’t quite wrap my head around this idea. Why would they do something like that? Makes no sense.

Nevertheless, Disk Cactus creative agency seems to think that it’s a very sound idea and they predict that they’ll need to raise roughly $20 grand to make it happen.

Let’s get this straight

For 20 bucks you can get a cover for your Mac keyboard that will protect it from moisture and dust (I couldn’t come up with any other positive advantages). However, its main purpose is to fill your correspondence with emojis that are as accessible on your laptop as they are on your device.

All you have to do is put it over your keyboard, install the drivers and you’re good to go! Caps Lock is now responsible for activating emojis, while your fingers have 150 strangely fantastic emojis at their disposal. 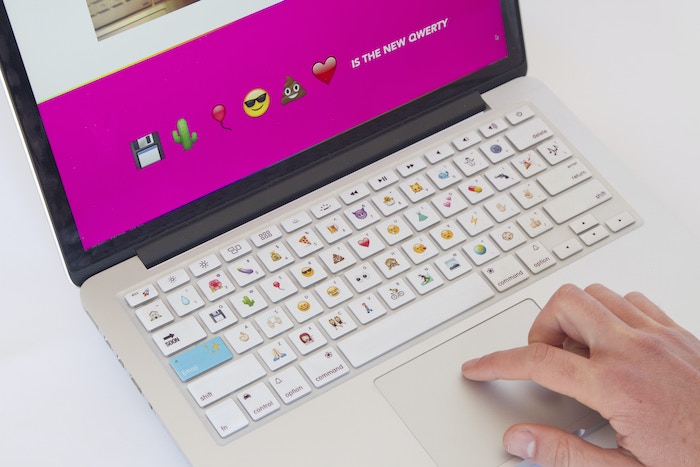 *I can already picture the meetings and demonstrations with their posters that read: “Hell no!

I’ll stop with the skepticism for a while to say that the prototype cover doesn’t look all that bad, and Disk Cactus isn’t actually a startup company, but a full-scale firm with their own products and consultation services.