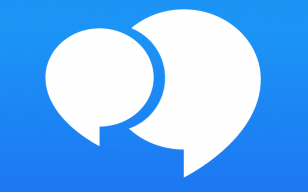 From Facebook’s WhatsApp and Apple’s iMessage, to messaging services like Kik and Telegram, one may think that the market of IM apps has been already saturated.

There are also video and photo-oriented services, such as Instagram, Twitter-owned Vine or DubSmash, Coub, etc, which mean to give users wider opportunities of exchanging messages.

Despite the fact that this market is hard to enter, plenty of companies still wish to grab a slice of this pie.

One of such startups is Txtter, established by Gazal and Amlesh, brothers educated at Manchester University in the UK.

Last week, the Beta version of iOS app was released and it had two interesting features that were added to the standard “set” of an IM app: publishing photos in one’s Txtter profile; this is slightly similar to having one’s own Instagram newsfeed. The second feature is that the registration procedure includes protection against spam and privacy provided by usernames.

This means that one is allowed to upload pictures to one’s Txtter profile and they will be visible only to those users that one will “tick”. They will also be able to see the status update. Photos are evaluated with “hearts”, but the function of commenting is deliberately missing.

One of the Txtter founders said that the messaging app is meant to let users share photos with their families and friends in a fast, easy, and private way. Another problem for the creators of Txtter is comments, due to which lots of users are unwilling to share the pictures of themselves, because they are scared of cyber-bullying, these are mostly users under twenty; besides, they try to prevent phony personal pages from other social networks getting connected with their accounts. Txtter founders say that the new application is quite safe and is very comfortable in use.

The registration process also demonstrates the consideration of the new app’s team about privacy and security, particularly, the lack of necessity to hand one’s phone number to everyone you wish to establish connection to. However, the sign in procedure requires one’s telephone number.

Amlesh also claims that the registration method used in Txtter has never been implemented before. He reckons that signups through e-mail and password, which are used in Kik, is the reason why lots of spam and phony accounts are created. The trouble with telephone verifications is that people do not feel like sharing their phone number with others. Txtter has found a solution to this – verification of the newly made account through a phone number is the next step after one chooses a username.

Whether this is going to be sufficient for Txtter to attract potential users is not clear. Still, 3 days after the app was set for sale in the AppStore, 2,400 people downloaded it and registered with the service.

One should bear in mind, though, that messaging apps are created as viral products. The makers of Txtter are pleased to see the users of the test version sending invitations to their friends and leaving links in social networks for everyone to follow. They are full of optimism about the future of their product.