They Finally Did It! WhatsApp Rolls Out Free Calling 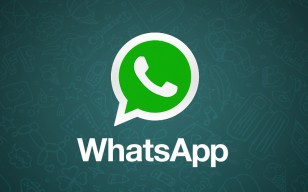 Home » News » They Finally Did It! WhatsApp Rolls Out Free Calling

The calling feature that WhatsApp promised to introduce in the first quarter of 2015 has finally arrived.

The giant has finally shown signs of life. After all, despite the archaic messaging app’s vast audience, being behind everyone in the world tech-wise isn’t the most pleasing spot to occupy.

This is exactly why WhatsApp released its web version in the first quarter of 2015, and, now, free calling.

There were a few setbacks, as was the case with the web version. The calling feature is supported only by Android KitKat 4.4 or 5.0 Lollipop devices, sidelining iOS devices.