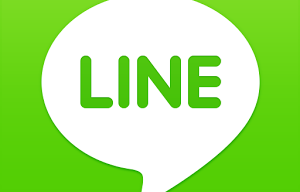 Messaging app Line, which aspires to be more than just a messaging service, plans to turn itself into a “lifestyle” platform. For this purpose, Line is launching an investment fund with a $42 million budget, whose major target will be investing in startups able to expand the services offered within the app. The newly arranged fund, called LINE Life Global Gateway, will invest companies, which offer e-commerce, media, online-to-offline (O2O), payment, and entertainment services.

This fund is a key element of Line Corp’s strategy to make its future profits less dependable directly on its messaging app or the games platform, which are so far the company’s main sources of income.

In September last year, Line said they were delaying its IPO in order to focus on “expanding the business globally”. Later, in October at a conference the company COO Takeshi Idezawa said that the “keyword of our future is ‘life’…Line is the smartphone gateway for your life”. (By the way, Idezawa has recently been promoted to the company CEO position).

In other words, Line is transforming itself from a SMS substitute to a lifestyle platform that may end up providing all of the most essential services which available to people on their smartphones.

According to a representative, Line is currently negotiating with companies, but the rep wouldn’t give more information about the first company to invest in, or the date when the new fund will make its first investment. Meanwhile, over the last six months Line has already closed a few deals: bought MixRadio from Microsoft, purchased a stake in the Japanese game-making studio Gumi, and invested in South Korea’s 4:33 Creative Lab Games Studio.

Last month, Line, which currently claims to have 181 million monthly active users, disclosed its year-over-year revenue figures: in Q4 2014, the company made 221.7 billion won. This amount is 62% bigger than before. Still it was less than analysts had expected. The decrease in profits was especially notable because it was due to a drop in sales from just one of its top game titles, Line Rangers. This was an important reminder that Line cannot rely only on its current revenue sources (the company also makes money through official accounts run by brands and celebrities, as well as sticker sales).

Despite the fact that Line is the messaging app #1 in Japan, Taiwan, and Thailand, it user base is still lagging behind WeChat (whose user base in China is 468 million users) and Facebook’s WhatsApp with its 700 million users.

In the near future Line plans to increase its presence in Indonesia, the Philippines, Colombia, Mexico and the US. However, most importantly, the company wants to figure out how to draw more profit from its current markets. Offering a wide range of services in different segments of life could be the way out.

One of the most important moves in this direction is launching Line Pay, a mobile payment service integrated into the messaging app. At the current stage, it allows one to connect a credit card to the app in one’s smartphone and then pay for purchases in the affiliated online and brick-and-mortar shops. Soon enough users will be able to wire each other money through the app. Such a feature will make Line Pay the core part of the company’s e-commerce strategy.

Apart from the functions in the financial sector, Line’s platform offers food delivery, indoor maps and cab-calling services in Japan. On the entertainment side, Line plans to create a streaming music service based on MixRadio. In Thailand Line recently launched an app called Line TV, similar to YouTube. It allows users to watch TV shows from Korea, Thailand, and Japan. The service is available to the owners of iOS and Android based smartphones, and in browsers (this is the only offshoot from Line’s mobile strategy, which makes it even more interesting to use).

Despite the fact that services like Line TV or Line Camera are separate apps, they are still integrated with the main messaging app. For example, Line TV users can share content through Line and videos have links to the official accounts of celebrities featured in them. This strategy not only provides Line with more potential sources of revenue, but also helps it attract new users without losing the existing ones.

In the Asian market Line competes with WeChat and KakaoTalk, which are top messaging apps in different countries (China and South Korea, respectively). They are implementing the same monetization methods. Tencent, which owns WeChat, recently has also faced a revenue decrease in its mobile games business. Tencent attracts users using games and, at the same time, the corporation is positioning its app as a lifestyle platform (e.g. one of popular services integrated into WeChat is a taxi-calling service Didi Dache). WeChat’s payment service also allows users to pay utility bills through the messaging app.

Meanwhile, Daum Kakao is working on its own cab-calling service and has already launched Kakao Pay – an app, which allows wiring money between users within the messaging app.

So far, it is uncertain how well Asian messaging apps will do as lifestyle platforms. Still, their methods of monetizing are the ones, which their Western competitors, like Facebook Messenger or Snapchat, should be following. Facebook has recently begun moving in that direction when it began to sell stickers and has hinted at launching accounts for brands and a payment service, while Snapchat is working to turn itself into a content platform and has even launched a new Discover feature to do that.