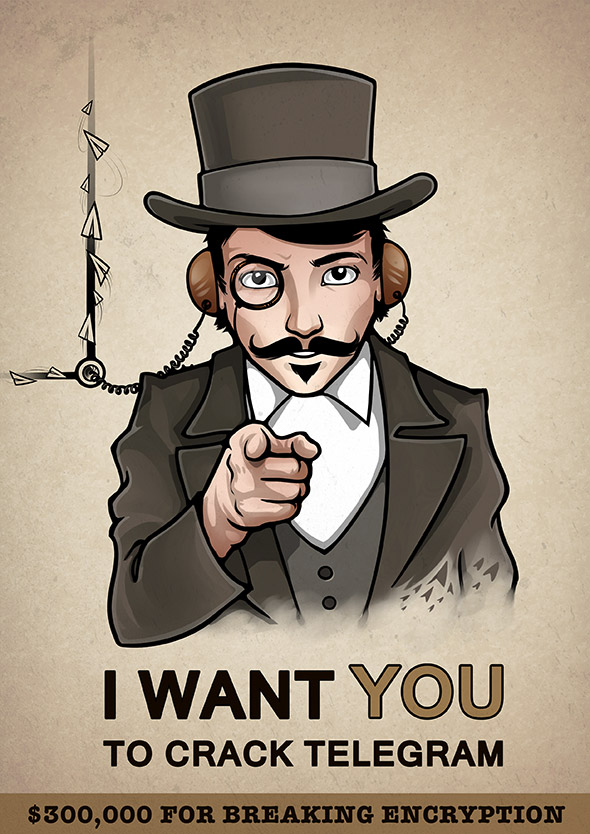 The Durov brothers are keeping the $300,000 cash prize

Yet another Russian Telegram contest has come to an end. The essence of the competition hasn’t changed — you needed to hack into a private chat within the messenger and acquire the emails together with their passwords from the fake conversation between two bots named Nick and Paul.

The previous contest did not determine a winner and because of this the conditions have been simplified. The potential hacker had access to the messenger’s virtual servers and a separate, simpler interface made especially for the occasion.

The contest kicked off on 4 November, that is, those who wished had 98 days to snatch the big prize — $300,000. The potential winner would have received $3,000 per day (hack). But, in spite of such a generous prize and simplified conditions, no winner was crowned.

Telegram‘s blog did promise another contest, but later on. It states that they will once again dumb-down the conditions of the contest and they will announce the contest dates via their Twitter page.

As a reminder, the only contest to see a winner was way back in 2013, when Habrahabr, under the nickname x7mz, took home a whopping $100 k for finding vulnerabilities in the MTProto protocol