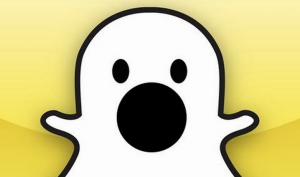 This post should have been called ‘Idiots online’, but that’s a bit too harsh. A Snapchat snapshot became a key piece of evidence in a homicide investigation.

This is how it went down:

16-year-old high school student Maxwell Marion Morton shot his classmate. You probably wouldn’t have heard about this if he had just shot him. However, the culprit had something different in mind. After shooting the victim he took a selfie and posted it on Snapchat.

You gotta give credit to the recipient’s reaction. Having received such an unusual selfie, depicting the face of an Afro-American next to his seated victim, he took a screenshot of the picture before it self-destructed. His mother then contacted the police and, a few days later, the ‘mastermind assassin’ had authorities knocking on his door. A 9-mm gun was found in his home, while Maxwell was forced to confess to the killing in order to get a shorter sentence.

The District Attorney in charge of the case said that during his 30-year career he’s never known a killer who’d do something like this. This, however, isn’t the first incident when users themselves post evidence to crimes they committed. In 2013 a husband posted pictures of his murdered wife on his Facebook page; not to mention the girl, who stole an iPad, but forgot about iCloud syncing and, as a result, uploaded pictures to the owner’s iCloud. Don’t you think it’s becoming pretty obvious that very few people are concerned with online anonimity.

Perhaps, similar cases forced Snapchat developers to create the Abuse and Safety center, which is an advice and instruction service for parents and teachers.