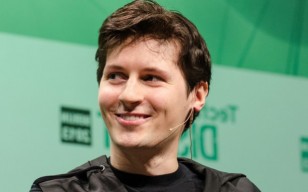 Immediately after the launch of Russian Telegram last year WhatsApp’s creator (Jan Koum) spoke about Pavel Durov in one of his interviews, describing him as a man only capable of copying really good products, referring to Facebook and WhatsApp. This was preceded by a loud statement from Pavel, when he claimed without a shadow of a doubt that his product is much better than WhatsApp. After an exchange of attacks, aimed at each other, there was a temporary truce in debates between the Russian and the US citizen of Ukrainian decent. The next step was taken by the flamboyant Durov when he posted a sarcastic, but not groundless note on how to predict WhatsApp’s coming innovations. He ended his speech with a proposal to start using his messenger, arguing that the functions, mentioned in his post, will be available on WhatsApp only in a year. During his performance he also leaked a few inside facts, such as Koum’s attempts to win over Russian Telegram employees.

This whole story is now being discussed even more than when it initially broke out. Pavel also guessed the release date of the web version, relying on the said cases of developer enticement. In connection with the release of WhatsApp’s desktop version the former CEO of Vkontakte wasn’t as eloquent and only posted one tweet, where he, based on the shortcomings, assumed that WhatsApp is still living in the past, 2012 to be exact.

Judging by WhatsApp's desktop app, they must still be in 2012: your phone must be online, no iOS, no native client, no cloud, Chrome-only..?